Mayor Alan Arakawa’s Oct. 10 “Our County” column was filled with statistics about the county budget, but readers were left with false impressions.

The mayor complained of the County Council’s purported decision to “withhold money from those who need it” and accused the council of increasing its budget by 34 percent. His reasoning and data just do not add up. In fact, he used inaccurate budget numbers in his calculations. 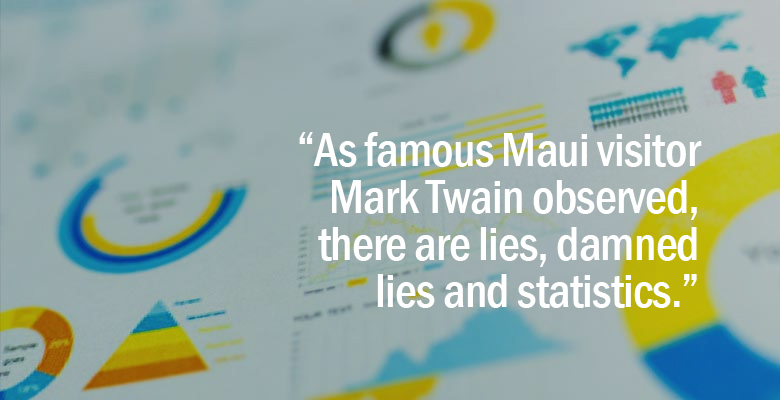 If he used the correct numbers, he would have found that the council’s budget increased by only a total 11.46 percent from fiscal year 2011 until fiscal year 2017. In comparison, the Mayor’s Office, including the administrative arm of the Office of Economic Development, actually increased its budget 18.35 percent over the same period, or 6.89 percentage points more than the council.

The mayor also failed to state that in just six years the county’s budget has grown by $133.3 million, or more than 25 percent. The vast majority of taxpayers paying for this growth in county government have not seen their incomes grow by anything close to that rate.

The council has judiciously pared down the mayor’s budget proposal each year of his tenure, seeking to ensure county spending is in line with the tax base’s willingness and ability to pay. We agreed to many increases, especially to meet rising labor costs and for large-scale investments back into our community. This is a far cry from withholding money from those who need it.

It can be debated whether the annual budget ordinance has always been an ideal size. But it’s not reasonable to suggest the council has been too stingy.

The primary complaint lodged in the column is about the council’s consideration of the mayor’s submitted bills ostensibly designed to address homelessness. The homelessness legislation was divided into two packages: various budget amendments and new criminal laws.

Ultimately, the mayor couldn’t stand behind the budget amendments. Money proposed for the suggested programs was in fact needed for mandatory payroll costs. As the Mayor’s Office quietly acknowledged to the council, the administration had no other way to meet these payroll costs other than to shift this money.

The council has and continues to recognize that homelessness is a problem.

Even before an emergency was declared, under the leadership of Council Member Stacy Crivello the council forgave $4.2 million in debt that Ka Hale A Ke Ola Homeless Resource Center owed to the county. The premise behind the loan forgiveness was to allow resources to be focused on housing instead of loan repayments to the county.

This is in addition to over $4 million for many other social service programs that directly or indirectly assist individuals exposed to homelessness, such as Mental Health Kokua, Feed My Sheep, the Maui Food Bank, Mental Health Association in Hawaii and the Salvation Army – just to name a few.

The council referred the new criminal laws to the Policy and Intergovernmental Affairs Committee. Some of the bills have questionable legal validity, as has been reported (“ACLU opposes bills offered to address issues with homeless,” The Maui News, March 5). But I would like to see them scheduled in committee to allow for a public review and final resolution.

I have confidence the council is more than willing to continue chipping away at the homeless issue. However, the administration needs to develop a long-term strategy that is sustainable and not merely a Band-Aid fix.

Simply throwing money at a project on a whim, without taking a hard look at what is currently being provided, is destined to waste taxpayer dollars and do nothing to solve the problems. The council looks forward to the continued dialogue and being a part of the solution – like we have been for many years now.