No more domestic violence. And no more excuses.

That’s the message that resonated in the Council Chamber last Tuesday as the council adopted a resolution introduced by Council Member Stacy Crivello recognizing October as Domestic Violence Awareness Month. 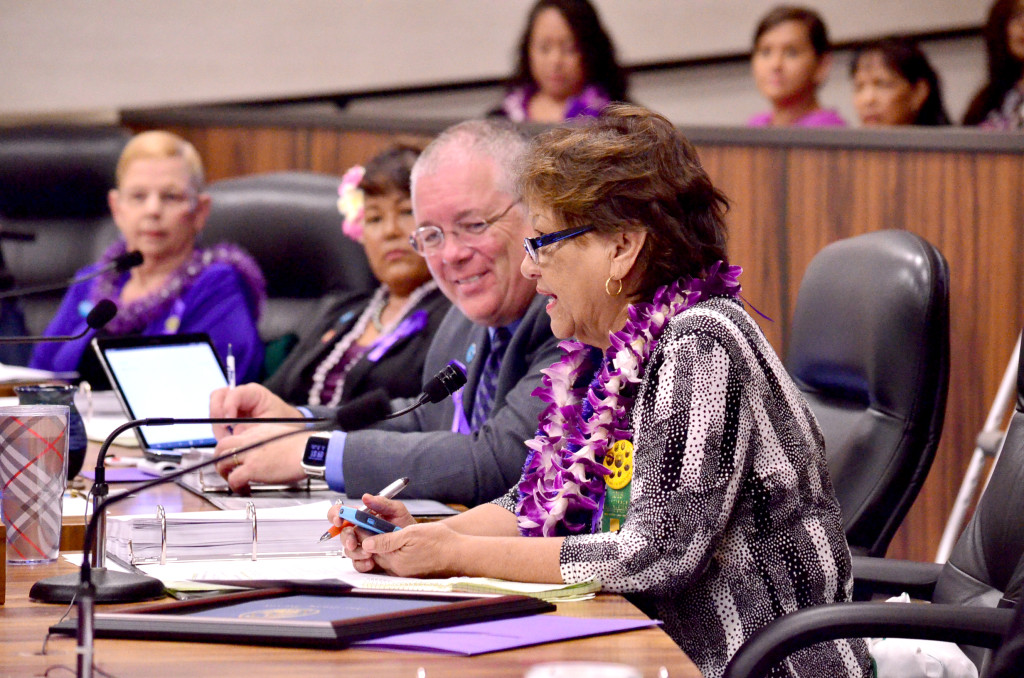 As a community, we can’t accept violence in our homes. The council is committed to working with law enforcement, social service providers and civic leaders to ensure everyone on Lanai, Maui and Molokai has a safe place to live. 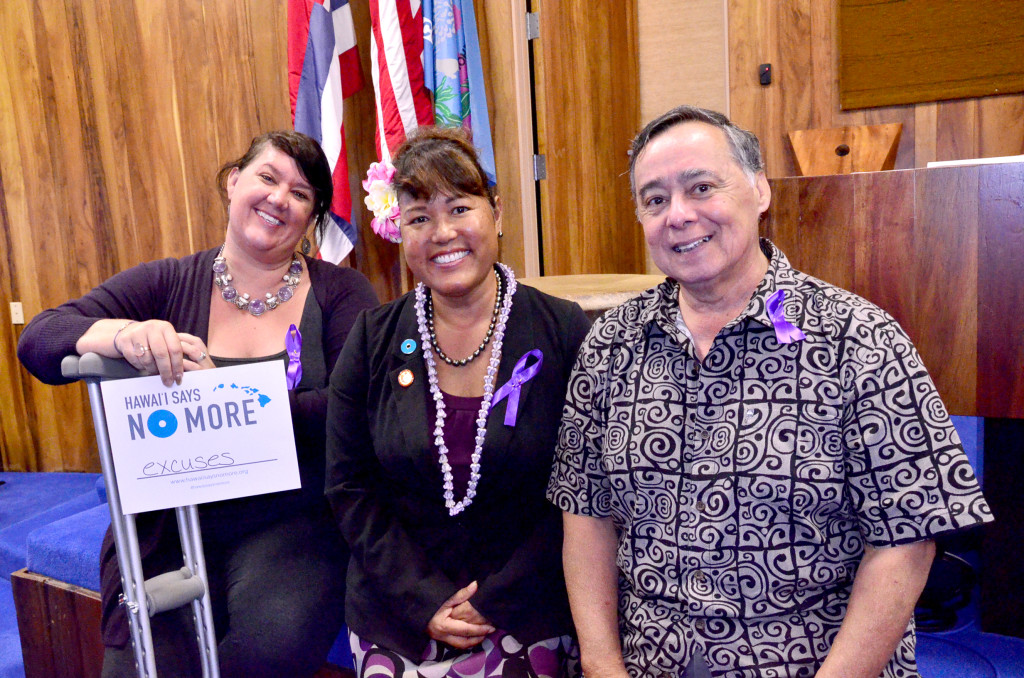 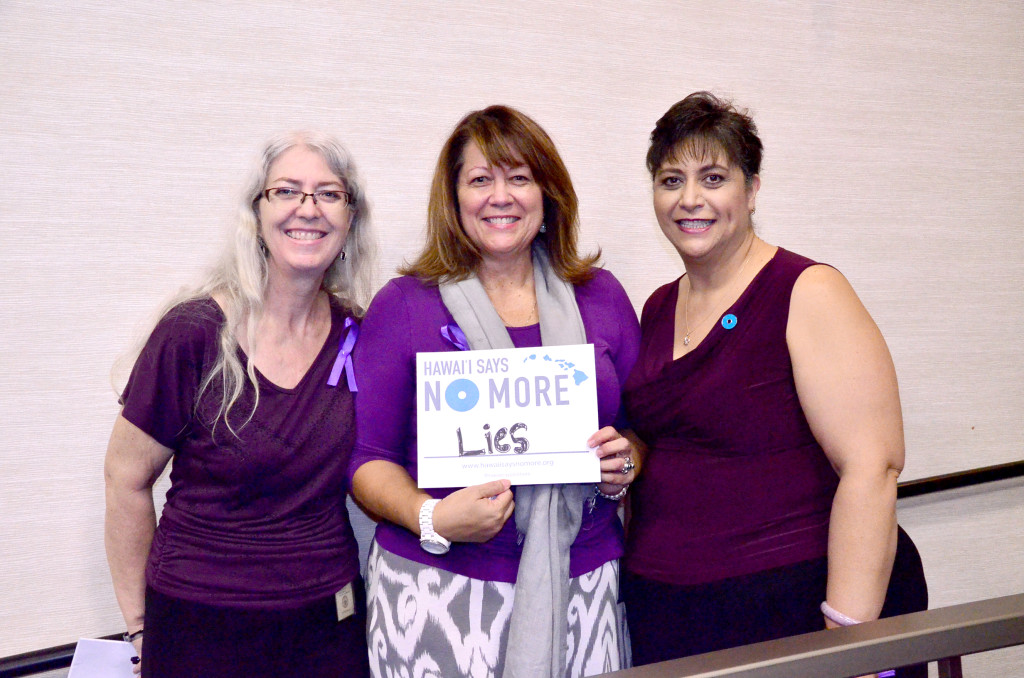 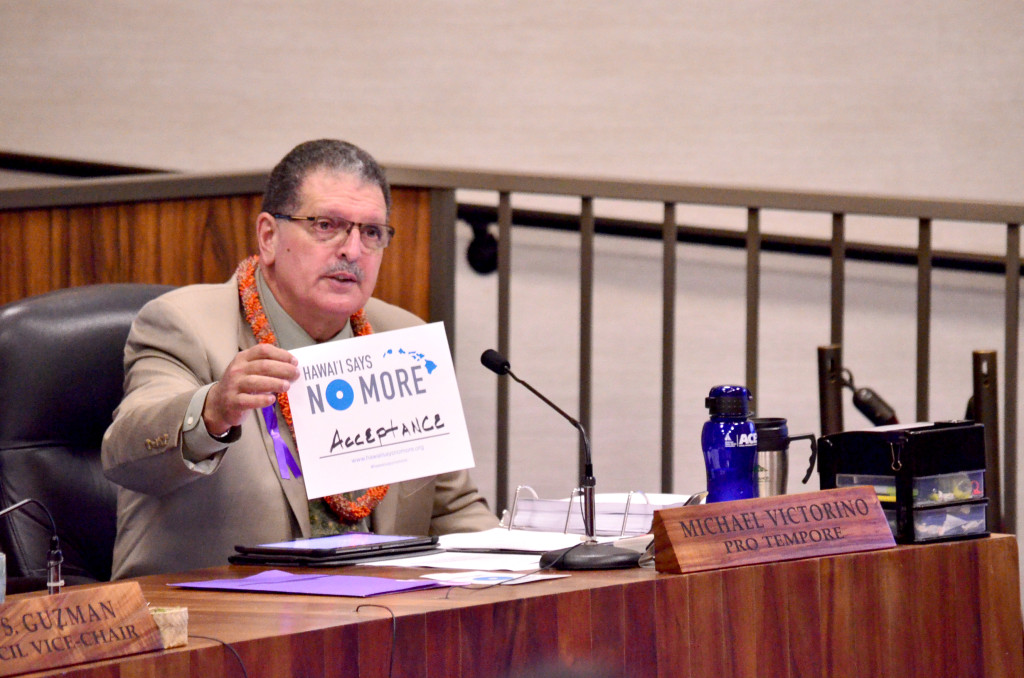 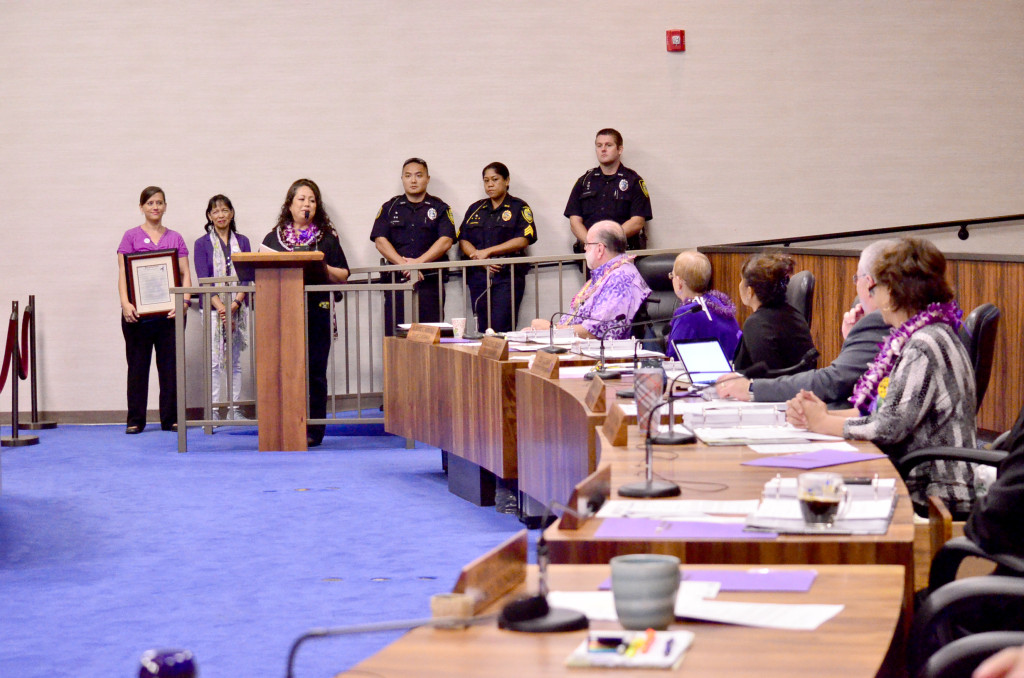 At Tuesday’s meeting, the council also passed Bills 71 and 72 (2015) to approve an agreement with the U.S. Fish and Wildlife Service to protect endangered and migratory birds at wastewater facilities on Lanai and Maui, as recommended by Council Vice Chairman Don S. Guzman’s Committee of the Whole, which has jurisdiction over litigation matters. The legislation will resolve allegations that the county violated the Endangered Species Act and Migratory Bird Treaty Act at the facilities.

The council referred to the Committee of the Whole the lawsuit filed by the County of Maui against the contractor that was supposed to develop the Nahiku Community Center in East Maui. The council appropriated $600,000 for the project in fiscal year 2014, but the center hasn’t been developed.

Resolution 15-123 was adopted to authorize the acquisition of land for water infrastructure in Central Maui. As recommended by the Water Resources Committee, chaired by Council Member Gladys C. Baisa, the resolution approves a purchase price of $943,984. The acquisition of 4.3 acres and two easements in Wailuku will facilitate expansion of the Iao Water Treatment Facility and the development of Wailuku Well 1.

The council referred Council Member Robert Carroll’s bill establishing a tax exemption for affordable rental housing to the Budget and Finance Committee. That committee is also being asked to review contracts for the county’s telephone system, as suggested by Council Member Riki Hokama, and the status of the state’s transient accommodations tax, at my request.

Presiding Officer Pro Tempore Michael P. Victorino’s bill to ban e-cigarettes at places where smoking is currently banned was referred to his Policy and Intergovernmental Affairs Committee. Council Member Don Couch’s Planning Committee was asked to review proposed “country town” design guidelines for Makawao and other Upcountry Maui areas, as submitted by the Department of Planning.

There is an error in the Chair’s 3 Minutes article published on Oct. 11, about a resolution adopted by the council urging Hawaii’s congressional delegation to support a constitutional amendment allowing for the regulation of campaign contributions by corporations.

The council also received the latest official report on the county’s general obligation bond ratings. The scores were AA+ from Fitch Ratings, Aa1 from Moody’s and AA+ from Standard & Poor’s Rating Services – maintaining the highest scores in the state.

The next council meeting is scheduled for Friday at 9 a.m. Review the agenda at mauicounty.us/calendar.