The Arakawa administration is playing an accounting shell game of “Now you see it, now you don’t.”

This action is putting the livelihood of existing employees in jeopardy and, simply put, is inappropriate.

At the March 27 meeting of the Maui County Council’s Budget and Finance Committee, the director of the Department of Environmental Management told council members the department needed an additional $700,029 for the remaining three months of the current fiscal year to cover expenses for contracts and new employees. After the meeting, he threatened to shut down the county’s landfills, reduce waste collection and lay off existing Solid Waste Division employees if the requested budget amendment isn’t approved.

The matter will be taken up again in committee Monday at 1:30 p.m. 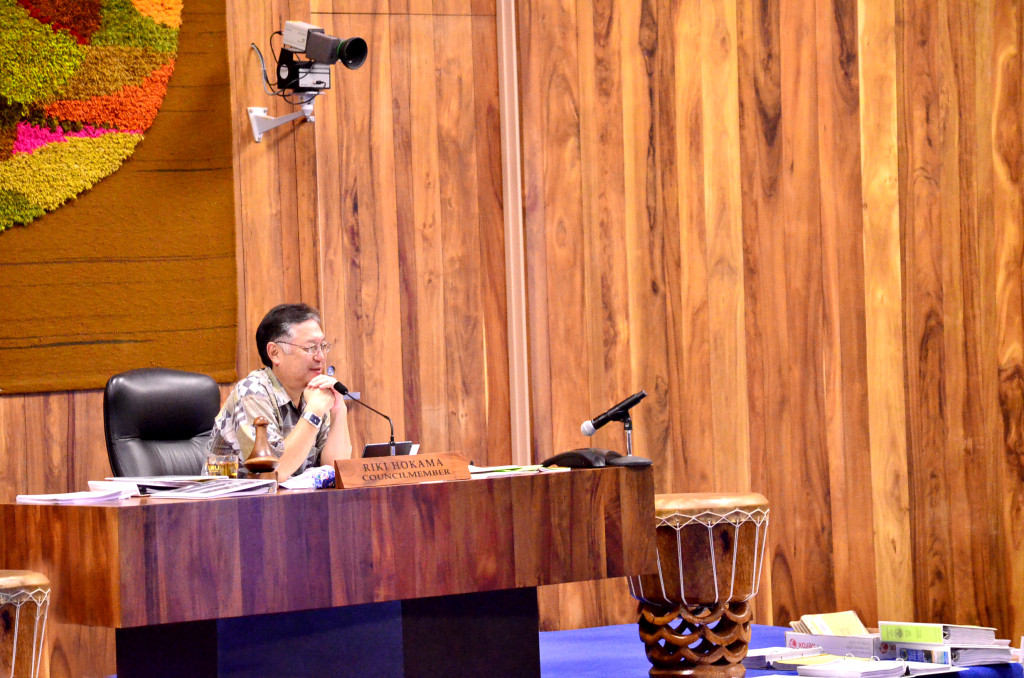 It’s hard to understand why the administration would threaten the public with closure of landfills and reduction of services when it’s clear the council has budgeted enough money. The problem is that the department has inexplicably designated certain funds as untouchable by “encumbering” them for future contractual obligations.

The department has encumbered funds for professional services contracts that, notably, were executed in the same time frame the department submitted its budget amendment. There would be no need for the budget amendment if the funds hadn’t been tied up through unwarranted or untimely encumbrances.

That’s why I’m calling on the administration to disencumber enough funding to maintain current services.

It’s important to understand what these encumbrances actually are: the setting aside of money, on paper, for a projected future obligation. Unlike an escrow, no funds are actually placed in a different account; they are simply designated as encumbered for accounting purposes.

The money is there. The administration is just hiding it by tying it up in these encumbrances.

For multiyear contracts, such as most of those shown in the department’s financial documents, the encumbrances represent funds that may not even be due this fiscal year.

The county’s contract for professional services with Cornerstone Environmental, for example, executed on Jan. 21, is a two-year contract for $637,988. Yet the department has already encumbered the full amount.

The department knows how to be more sensible in dealing with long-term contracts. For instance, funds for some multiyear recycling contracts are only encumbered at six-month intervals.

Judicious execution and management of more contracts would free up the necessary money and obviate the need for the requested budget amendment. Indeed, by my calculations, more than $1.3 million could have been made available, if the administration had handled contracts differently and not encumbered funds to such a significant degree.

The administration is free to disencumber funds at any time it chooses. This action does not require any council approval; in fact, the council can’t do it.

Instead, the department is squirreling away the money under the guise of encumbrances, while holding its hand out for more. The purported shortfall is simply the result of the department’s excessive and premature encumbrance of funds and not handling its budget responsibly.

Because most of the relevant contracts are “sole source” and do not require a bid process, there is little or no risk of the contractor losing the work in subsequent contract terms.

Additionally, the administration should have realized savings from positions that have received council funding but haven’t been filled. Yet, strangely, the proposed budget amendment requests funding for expansion positions that can’t possibly be filled by the end of this fiscal year.

By disencumbering multiyear contract amounts and better managing funds already appropriated, the administration can avoid the draconian measures being suggested. This is a manufactured crisis that unfairly impacts taxpayers and our hardworking, frontline employees.

* Riki Hokama is chair of the Maui County Council’s Budget and Finance Committee and holds the council’s Lanai residency seat.