The State Legislature announced Thursday a plan to pay for the Honolulu rail project by raising the transient accommodations tax by 1 percent across the state. The proposed TAT hike is coupled with extending the 0.5 percent Oahu general excise tax surcharge. With the special session scheduled to begin this Monday to deal with the projected $2.6 billion funding shortfall, the clear intention is to require a portion of the funding to come from the Neighbor Islands.

The Legislature’s previous public message was that formal negotiations between the House and the Senate over how to fund rail were ongoing, but the public was unaware of the details presented by either side until late last week.

A strong contingent of community and elected leaders testified earlier this month, on Aug. 14, to encourage the Legislature to drop the idea of a Neighbor Island tax and only pursue the simplest way of funding Honolulu’s rail by extending the Oahu-only 0.5 percent surcharge on the GET.

Although some have said that this Oahu-only surcharge cannot fund the entire construction shortfall, that is simply untrue. If extra funds are needed, the balance could be covered by an increase to the surcharge, which in my calculations would then result in a surplus.

With this as a viable option, there is no reason why Neighbor Islands should be pulled into paying for rail as the Legislature is proposing. 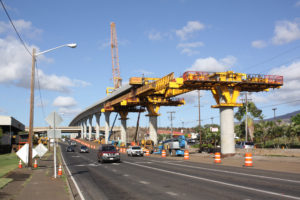 Even with the Legislature’s current proposal to return the previous $103 million share for the Neighbor Islands, the counties would still be receiving far less than their fair share, making a TAT increase highly unwarranted.

Over the past 10 years, the state general excise tax base has also grown by 10.5 percent, but all growth has taken place on Oahu, not the Neighbor Islands. Instead of adding more taxes, the Legislature should enact policies that provide for further economic growth on Neighbor Islands, which would generate more TAT and GET.

Legislators have claimed the TAT is being proposed as a way to pay for more of the rail cost upfront instead of borrowing funds for construction. Using cash instead of bonds would be a major departure from the normal way in which the state’s portion of major infrastructure projects is funded.

The TAT increase is not fair and the proposed solution should not be implemented. A more viable option would be for only the rate for Oahu hotels to be increased. With historically stronger occupancies and a more robust and growing economy, they are more able to sustain an additional burden.

It is my hope that transparency still exists at the Capitol and legislators will stand with Neighbor Islands and do what is fair by amending and reconsidering their current proposal.

I again encourage Maui County residents to contact state legislators. Call or email them at reps@capitol.hawaii.gov and sens@capitol. hawaii.gov to let your voice be heard.

Follow the State’s action during the special session here.

Read the State’s full proposal on Transportation Financing below: