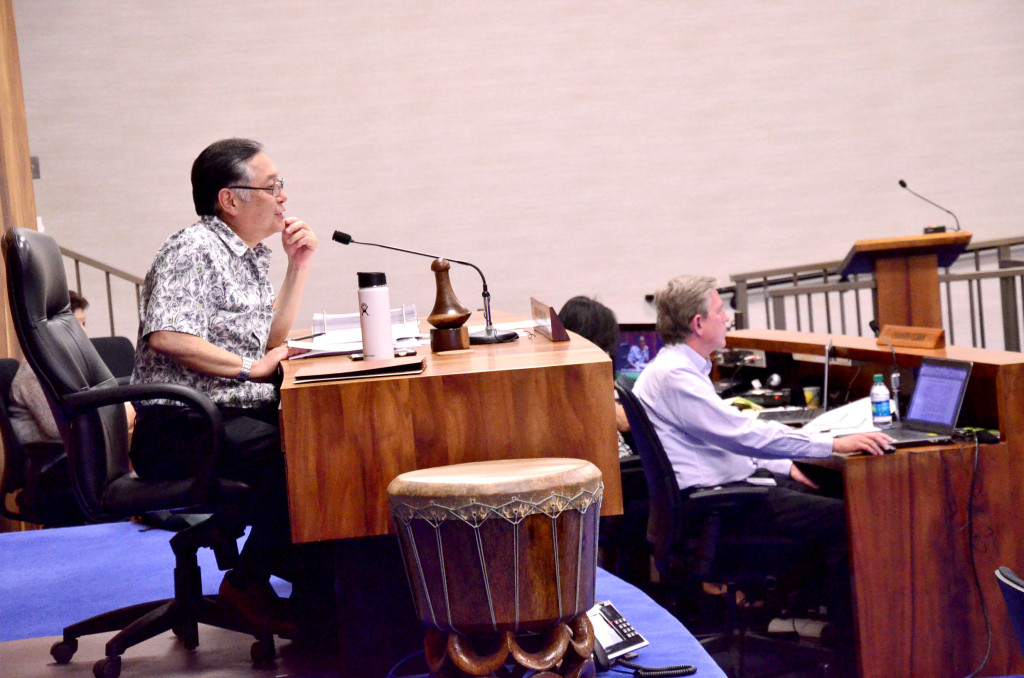 The proposed budget is just short of $711.5 million. Hokama said the mayor assumes increased revenues as a result of higher real property valuations, increased rates for various county services, fuel tax increases and transient accommodations tax revenues of $36.9 million. The TAT is a tax collected when a guest stays in a hotel or other accommodation for less than 180 days.

“I can appreciate the mayor’s optimism that counties will get a greater share of the TAT this year,” Hokama said. “However, state legislators are proposing to cap our share at $23 million. If the counties don’t get a greater share, the burden of looking for other revenue sources or cutting programs to balance the budget will fall on the council.”

Other highlights from the proposal include: 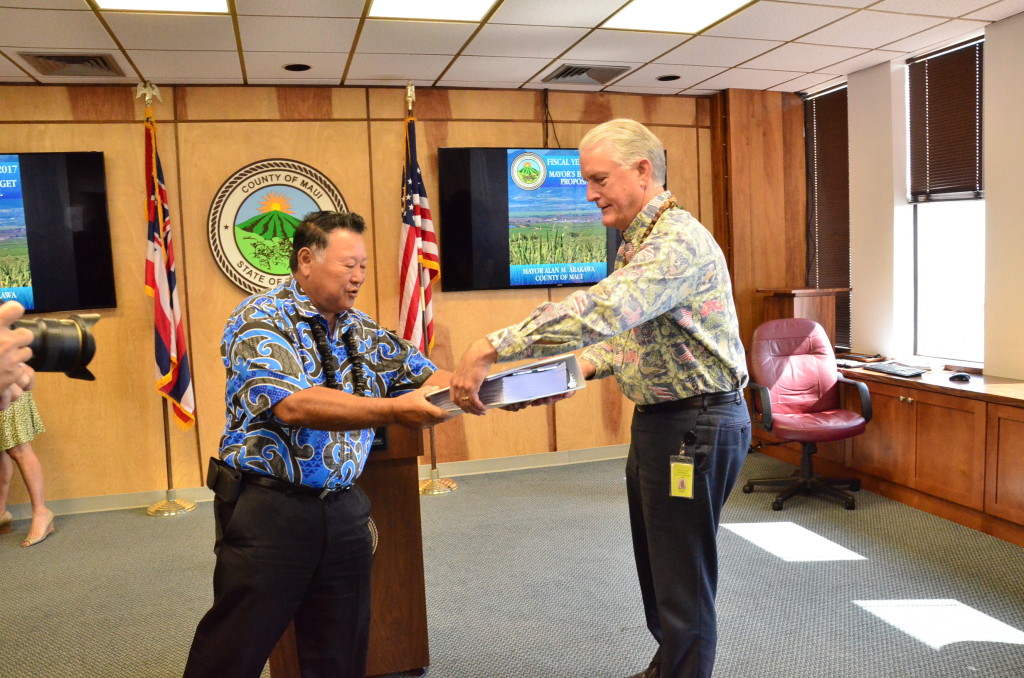 “The mayor noted the county’s rebound from the recession and increased property valuations, visitor arrivals and hotel revenues in formulating his proposed budget,” Hokama said. “As we get into the details of the 900-page proposal, we will look closely at the county’s core requirements and the community’s ability to pay.

“Over the last few years, the mayor has left the task of reining in the county’s spending to the council, and the council has responded by reducing proposed double-digit increases to a more sustainable level. Once we review the proposal and hear from the departments, the council will be in a better position to know whether that trend will continue.

“I invite all to come to our meetings in the various districts and in the Council Chamber throughout the month of April.”

All district meetings are scheduled to begin at 6 p.m., except for Molokai and Central Maui, which begin at 6:30 p.m. The public is invited to testify.

Written testimony may be emailed to bf.committee@mauicounty.us, referencing BF-1.

Visit MauiCounty.us/2017budget for documents, agendas and announcements relating to the budget session. For special accommodations during any of the meetings, please call 270-7838 at least three days in advance.