In 10 years as a Maui County Council member, I’ve had the privilege of participating in many spirited deliberations on major environmental, economic and governmental policies.

With my tenure coming to an end Monday at noon, because of the charter’s limit of five consecutive terms, this is an apt time to reflect on some of the issues I’ve worked on as a council member. I hope my experience can help the incoming council and the public better understand some elements of the council’s work. 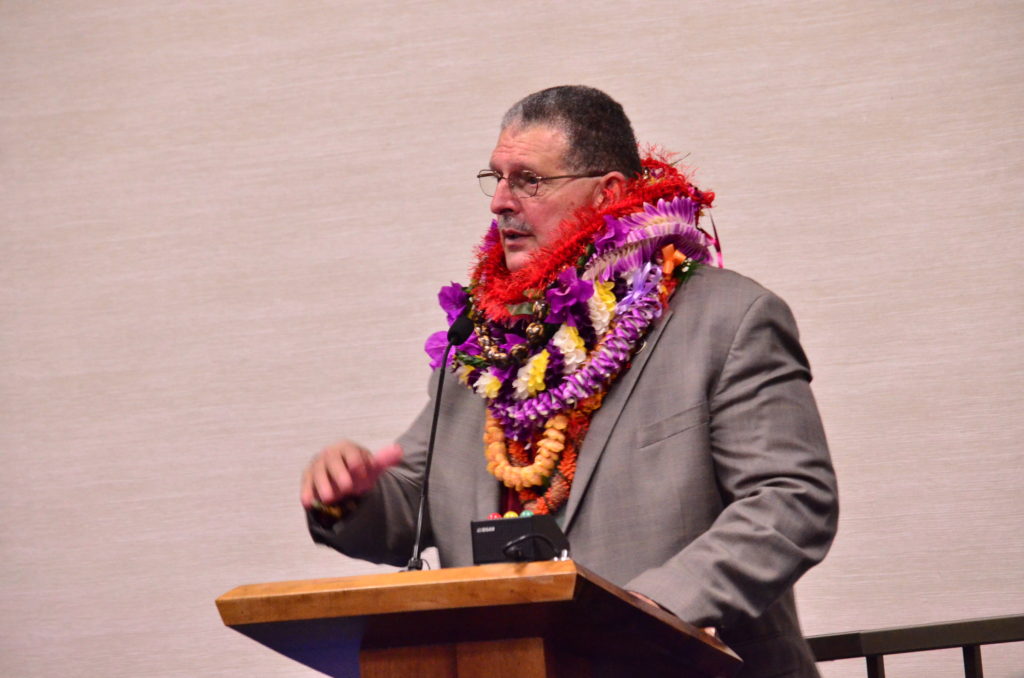 I came to the council directly from the Board of Water Supply, where I served as a member from 2002 to 2006. Not surprisingly, I spent much of my time on the council focusing on water issues, including three terms as chair of the Water Resources Committee.

The County Water Code is now in place to help ensure the department is able to reliably and efficiently provide clean drinking water.

The council has also been able to adopt the long-anticipated Lanai Water Use and Development Plan and make progress on providing water meters to those on the two-decade-old Upcountry priority list.

I am pleased that, after seven-and-a-half years, Hamakuapoko Wells finally opened to help alleviate the Upcountry water problem. The county must always hold accountable any party responsible for environmental degradation, such as the corporation responsible for the wells’ condition.

Water will continue to be major issue, especially as Alexander & Baldwin and officials at all levels of government consider how to deal with the closure of Hawaiian Commercial & Sugar Co. I urge council members to continue to rely on expert analysis and fulfill the long-term policies established in the General Plan, which include ensuring “a reliable and affordable supply of water for productive agricultural uses” and expansion of “public control and ownership of water resources.”

During the current term, I’ve focused on structural issues, both within county government and in the county’s relationship with the state, as chair of the Policy and Intergovernmental Affairs Committee and president of the Hawaii State Association of Counties.

On my committee’s recommendation, the council convened a Special Committee on County Governance, composed of esteemed members of the public. Though its recommendation for a council-manager form of government wasn’t ultimately approved, this advisory body’s work led to a healthy reflection on possible means of enhancing professionalism and competence in local government.

After many months of considering fundamental issues regarding the County of Maui’s operational framework, the Policy and Intergovernmental Affairs Committee proposed a charter amendment to require the next mayor’s nominations for certain department heads to be submitted to the council for confirmation and to allow the council to establish specific job qualifications by ordinance. The council placed the proposal on the 2016 general election ballot, and voters approved the charter amendment by a wide margin.

Meanwhile, HSAC is demanding the Legislature return to the counties a greater share of transient accommodations tax revenue. Specifically, HSAC and all four county councils have endorsed the view of the state’s working group that 55 percent of TAT revenue should be earmarked for the counties.

This proposal is both fair and prudent. It’s the counties that help to generate the revenue by providing parks, public safety, roadways and so many other visitor-oriented services.

The state legislative session starts Jan. 18. I look forward to advocating for this much-needed TAT reform and other proposals in the 2017 HSAC Legislative Package, even after I leave office. We’ve recently created an HSAC website to help everyone in Hawaii track the legislative package’s progress: hicounties.com.

I’ve learned the importance of seeking consensus, keeping an open mind and heart and basing decisions on solid research and thorough public participation. To me, those are the elements that lead to sound policy.

I wish the next council and the residents of Lanai, Maui and Molokai much success in the term ahead. Mahalo, and a hui hou.