The council passed Bill 62 (2014) on first reading, appropriating an additional $5000 to the Office of the Mayor for the Hawaii State Commission on the Status of Women grant.

Budget and Finance Committee report 14-105 notes the funds will support the following:

In March, the committee held the Women of Excellence Awards in the Council Chamber to honor these outstanding female leaders in Maui County: 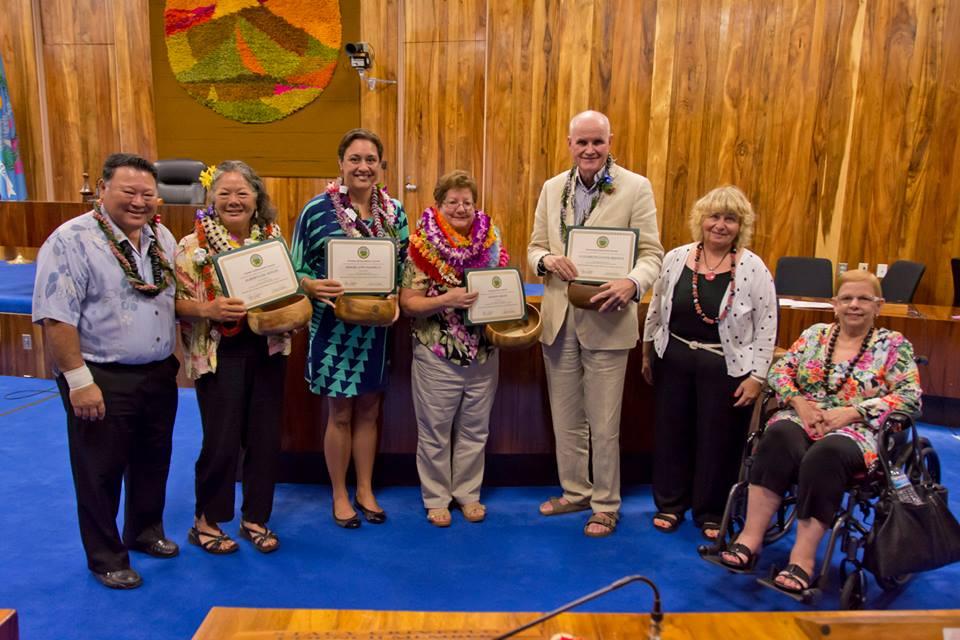 Tags: Committee on the Status of Women