WAILUKU, Hawaii – The Maui County Council yesterday approved a proposal from Councilmember Riki Hokama to designate Sept. 15, 2016 as the deadline for claimants to file for a remnant parcel exemption for the tax year ending June 30, 2017.

A vacant and undeveloped parcel under 5,000 square feet that has a fair market value below $7,500 qualifies as a remnant parcel, under Bill 56 (2016). This is a new exemption added to the county’s real property tax laws.

The new remnant parcel exemption is included in a roster of budget-related bills the council approved yesterday. The council advanced a $659 million fiscal year 2017 budget as recommended by the Budget and Finance Committee, chaired by Hokama. 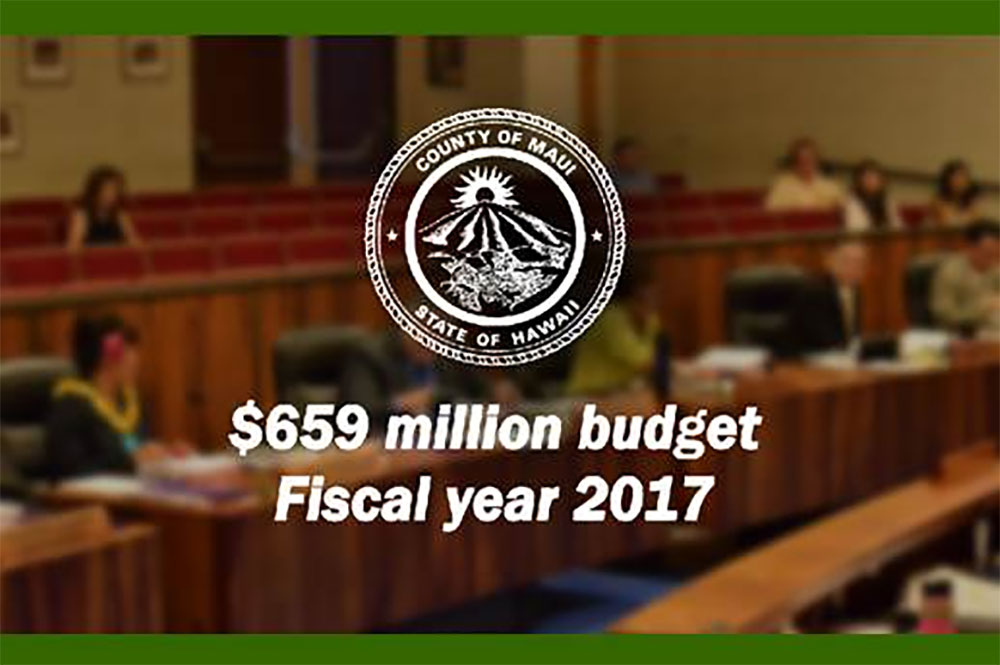 Over the month of April, the committee visited every district throughout the county and heard from hundreds of residents. The balanced budget crafted by the committee includes $113 million of capital improvement projects such as road resurfacing, bridge repairs, water and wastewater system improvements and numerous park upgrades.

“This budget reflects the council’s desire to monitor departmental decisions impacting premium pay and limit the growth of equivalent personnel,” Hokama said. “The budget gives departments flexibility to conduct their operations. But the council has a fiduciary duty to taxpayers to hold departments accountable for their spending.”

The budget includes the following highlights:

The mayor signed the fiscal year 2017 bill into law yesterday shortly after passage. The budget goes into effect on July 1.