Council members from all four Hawaii counties convened at Honolulu City Hall last week, under the auspices of the Hawaii State Association of Counties, to strategize for the state legislative session that begins next month. 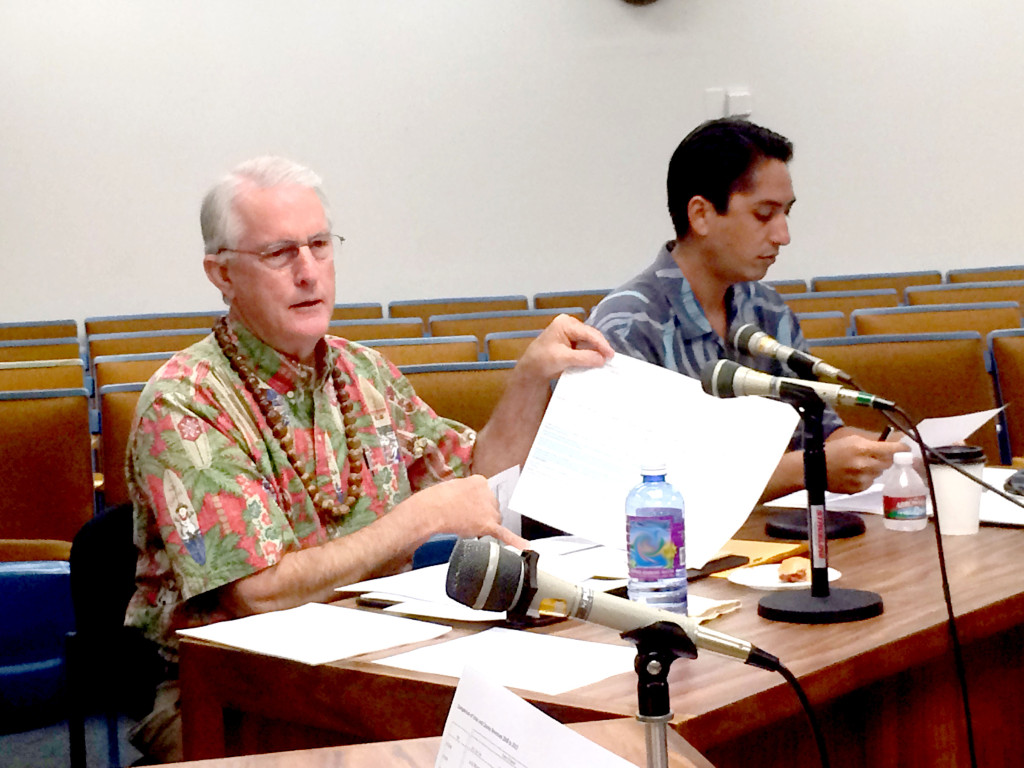 The visitor industry is obviously the most important part of Hawaii’s economy. The counties provide most of the services that support tourism, including beach, park and road maintenance and public safety.

Yet, for years now, the state has been helping itself to county-earned TAT revenue to balance its own budget. This isn’t fair or sustainable.

More than a quarter of people on Maui at any given time are visitors. To ensure services for both visitors and local residents are maintained, counties need to receive at least as much TAT revenue as the state.

An official Maui County delegation, which included myself, Mayor Alan Arakawa and representatives from the visitor industry, traveled to Japan last week. The focus was to strengthen the County of Maui’s relationship with international partners. We met with a wide variety of industry leaders and executives from Japan’s largest travel agencies who will play a key role in bolstering travel to our county.

Right now, the number of Japanese visitors to Maui County is approximately 40,000 a year, a mere 1.6 percent of our visitor base. We are convinced this will soon rise in response to the Maui Visitors Bureau’s aggressive marketing efforts in major cities such as Tokyo and Osaka, which the mayor and I visited.

We welcome the visitor industry’s market diversification and the attraction of international visitors. But the costs to ensure beaches and roads are clean and safe and that police officers, firefighters and lifeguards are able to keep people protected are growing at a faster rate.

Visitors pay 9.25 percent of their hotel-room bill for the TAT. According to most recent figures, the TAT generates more than $420 million annually. The counties – Kauai County, City and County of Honolulu, Maui County and Hawaii County – share less than one-fourth of that revenue.

The Legislature has capped the counties’ share of TAT revenue at $103 million. 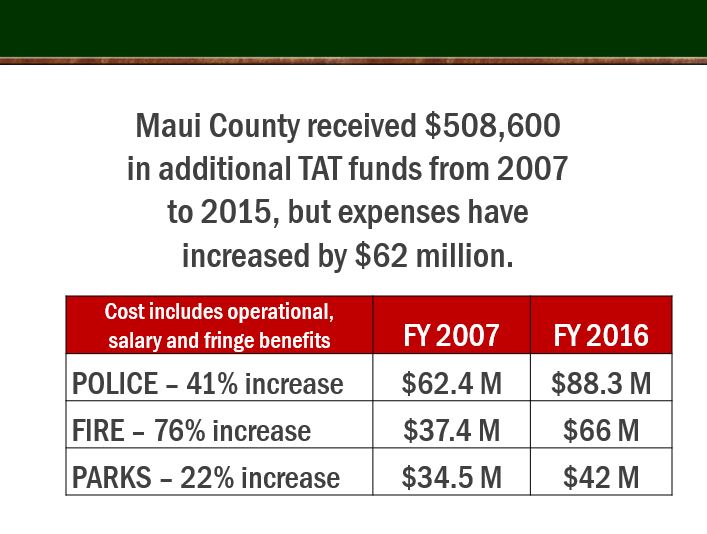 So, whatever justification the state may have had to artificially limit the counties’ TAT revenue during the economic downturn no longer exists.

The state legislative session begins Jan. 20. HSAC and the individual counties will be submitting various legislative packages for consideration by the Legislature.

While many of those proposals are important, everyone in county government recognizes the fight for a fair share of TAT revenue will continue to be the overarching issue.

The last council meeting for this year is at 9 a.m. on Friday in the Council Chambers.

The council will consider on second and final reading Bills 80 and 81 (2015), which would approve budget amendments to acquire property near the county building for the Kalana O Maui Campus Expansion project. Bills 82, 83 and 84 (2015), supporting the Kula Agricultural Park Expansion project, are also up for final reading.