The Maui County Council would get the chance to confirm the next mayor’s appointments of department heads under a proposed charter amendment to be reviewed at Friday’s council meeting.

Under the current version of the Maui County Charter, the council has confirmation authority only for the mayor’s appointments of the prosecuting attorney, corporation counsel and director of Water Supply. The mayor has unilateral authority to appoint directors of all other county departments. 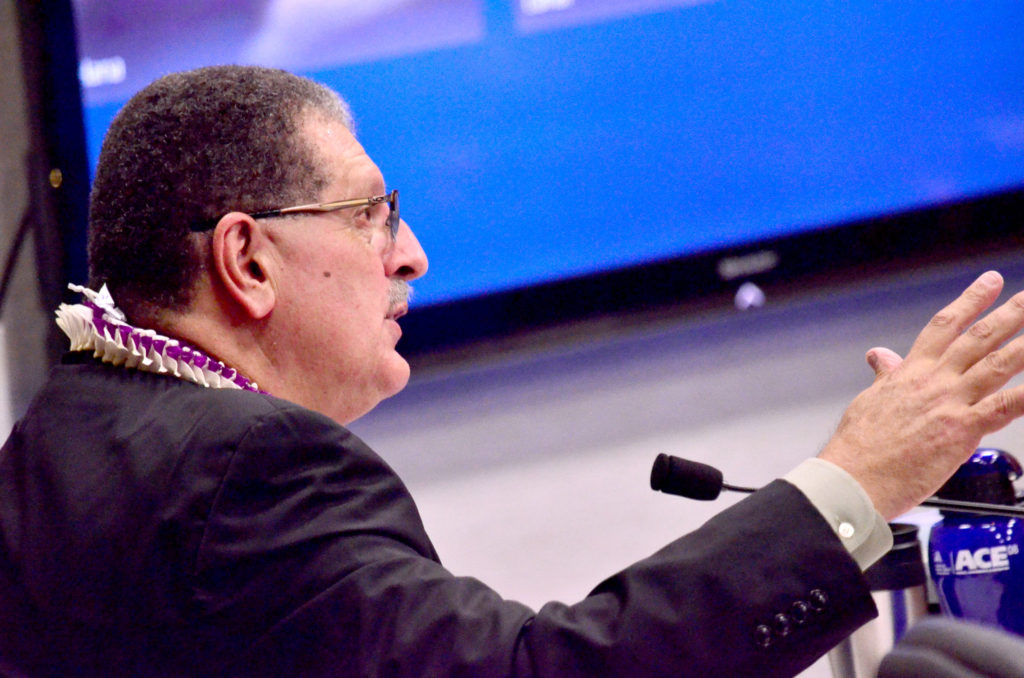 Resolution 16-96 proposes to additionally require council approval of the managing director and the directors of the departments of Finance, Public Works, Parks and Recreation, Planning, Housing and Human Concerns, Transportation and Environmental Management. If the resolution is adopted on second-and-final reading, which requires a yes vote by at least six council members, the proposed charter amendment will be placed on the general election ballot for the public’s consideration.

As noted in Policy and Intergovernmental Affairs Committee Report 16-110, requiring council concurrence for all of the mayor’s appointments of department directors will “ensure transparency in the appointment process and the appointment of qualified candidates.”

If the proposal for council approval of all department heads is endorsed by the public on Nov. 8, it will take effect after the next election for mayor in 2018.

Resolution 16-97, also up for second-and-final reading on Friday, would allow the public to consider giving council staff attorneys the authority to render formal legal opinions to council members. Currently, the Department of the Corporation Counsel, housed in the executive branch and led by a mayoral appointee, employs the only attorneys who are authorized to give legal advice to the council.

Committee Report 16-111 recommended approval of this charter amendment by citing “a need for the council and its members to have ready access to independent legal advice, particularly when there is an actual or potential conflict or disagreement between the executive and legislative branches.”

Taken together, these charter amendments have the potential to establish a more equitable balance of power between the mayor and council.

Resolutions 16-96 and 16-97 were approved on first reading at the July 15 council meeting. A video replay of the meeting is available on demand at mauicounty.us. Replays of the earlier committee meetings on charter amendments are also there.

The council has already adopted Resolution 16-82 and 16-83, as recommended by the Policy and Intergovernmental Affairs Committee, to propose technical charter amendments simplifying the procedures for supplemental petitions submitted by members of the public.

The committee gave due consideration to several other charter amendments proposed by various council members. The committee’s deliberations on matters such as the structure of government and standards for ethics in government will provide useful background information for future councils or charter commissions that delve into those topics.

Mahalo to all those who have provided their mana’o on these important issues. Public testimony will be accepted at Friday’s council meeting, which starts at 9 a.m. The next meeting of the Policy and Intergovernmental Affairs Committee is planned for 9 a.m. on Aug. 15 in the Council Chambers.

* Mike Victorino is the presiding officer pro tempore of the Maui County Council and chairman of the council’s Policy and Intergovernmental Affairs Committee. He holds the council seat for the Wailuku-Waihee-Waikapu residency area. “Chair’s 3 Minutes” is a weekly column to explain the latest news on county legislative matters. Go to mauicounty.us for more information.