Hokama, the immediate past president of the National Association of Counties, has been a leading national advocate for passage of the FAST Act, or Fixing America’s Surface Transportation Act, since being elected to lead NACo last year. He made long-term surface transportation funding a key element of his presidential platform. 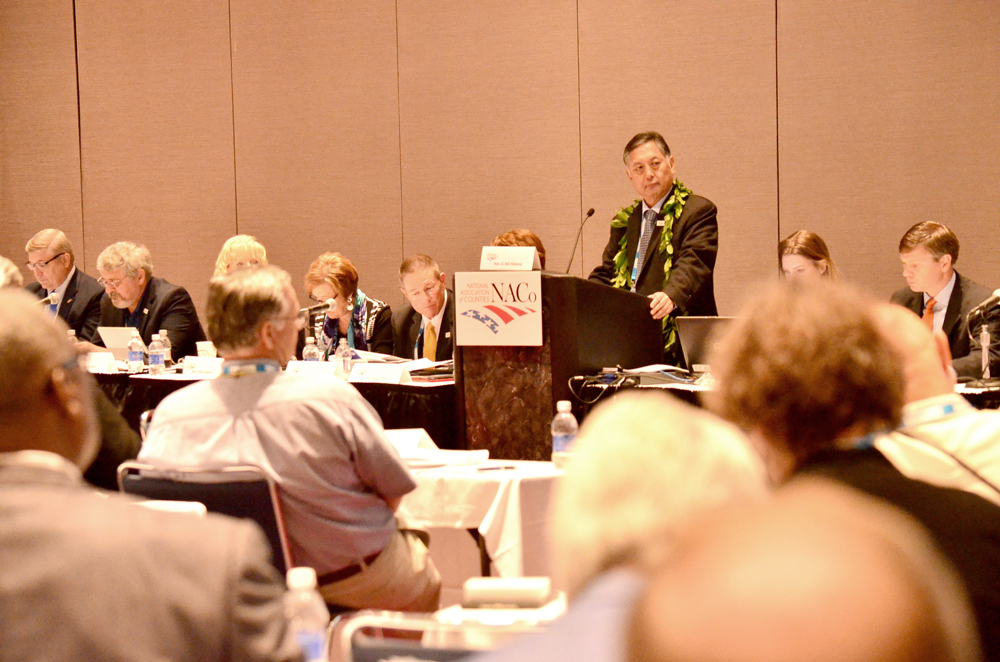 “I want to thank the House and Senate leadership and all four members of our Hawaii delegation for sending the FAST Act to the President,” Hokama said. “This will ensure critical funding, about $116 billion, will be available for county-owned highways and bridges throughout the nation.”

Hokama said the $305 billion FAST Act is the first long-term transportation funding bill passed by Congress in a decade. He said the legislation allows for improvements in transportation safety and electrical vehicle infrastructure.

According to data from American Society of Civil Engineers, 27 percent of Hawaii’s major roads are in poor condition, and 144 bridges in the state are structurally deficient. Hokama said the FAST Act will allow Hawaii counties and the state government to address these infrastructure problems.

The FAST Act will provide $1.1 billion in infrastructure funding and $261 million in transit funding in the State of Hawaii through 2020, Hokama said. For more information about FAST Act, resources are available on MauiCounty.us/Hokama.