The Maui County Council recently approved the acquisition of 267 acres of undeveloped coastline at Kuiaha, Hamakualoa, fronting one of the world’s most iconic surf breaks, for under $10 million. This is a big win for the community.

Because of our County Charter’s Section 9-19 Open Space, Natural Resources, Cultural Resources and Scenic Views Preservation Fund, the community was able to preserve a large expanse of Maui’s north shore. But we didn’t always have this preservation tool. 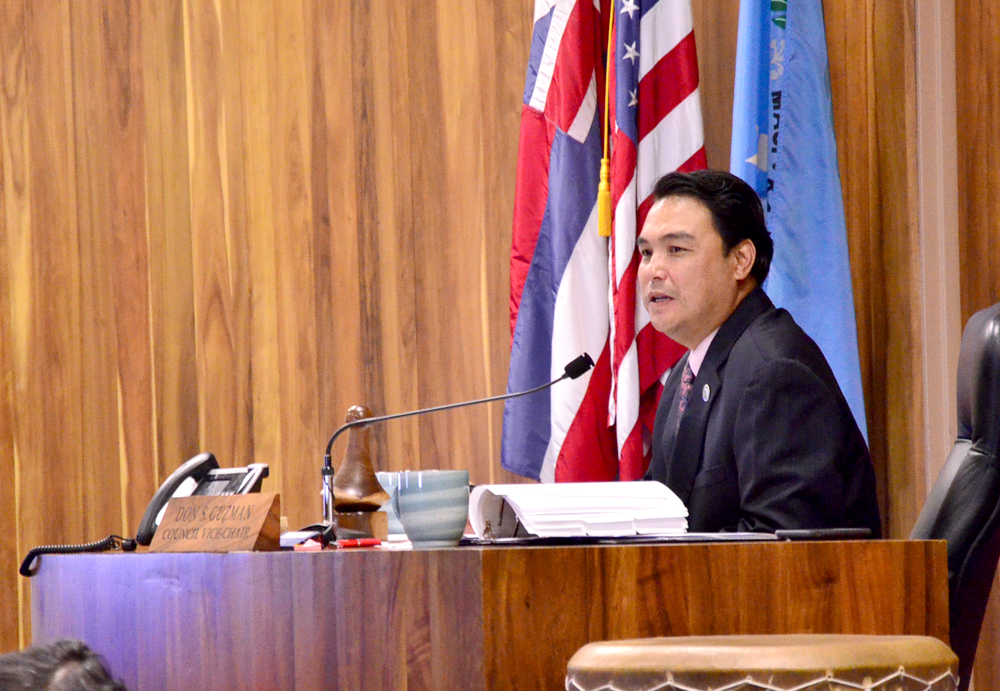 In 1996, one of the last undeveloped stretches of white sand beach on Maui’s south shore came under imminent threat of being privatized into half-acre oceanfront estates. This threat prompted community pressure on local policymakers to save this important community resource from development.

Ultimately, in 2000, the County of Maui purchased about 2 acres along this stretch of beach for $4.7 million. No in-depth discussion concerning a management plan or infrastructure planning occurred prior to acquiring these lots. It was considered a “given” that securing these beachfront properties was more a community benefit than a risk. Sure enough, today’s assessed value of the county parcels totals almost $11 million primarily due to the neighboring multimillion-dollar estates.

Two years later, in response to the realization that Maui County had already lost much of its shorelines, cultural areas and special places to development and privatization, voters amended the County Charter to create the Open Space, Natural Resources, Cultural Resources and Scenic Views Preservation Fund.

The amendment created a funding mechanism to support preservation efforts by requiring an annual deposit into the fund of at least 1 percent of certified real property tax revenues.

The fund had a specific purpose of “scooping” up and protecting lands of significant conservation, recreation, ecological, historical, cultural and aesthetic values, including lands threatened by conversion to other uses from their natural or recreational state.

Since its inception, we’ve watched the fund save sensitive coastal lands, such as the Waihee Dairy and Kaehu Bay, and large tracts of land like Nu’u and the Kawaikapu Preserve – all deemed important by our communities to be held in trust as a public asset for our future generations to enjoy and care for.

Over the years, both the council and administration have utilized varying strategies to establish partnerships and bring in funding from outside organizations to support its preservation campaigns.

In the case of Kuiaha, the county took the lead by earmarking the fund for the acquisition in its past two budgets. The community established a Malama Hamakua Maui group as a commitment to actively manage the property. The group is an assembly of lineal descendants, concerned residents and a number of long-standing community organizations driven by the desire to implement a pono community-based management plan for the area.

A basic template of uses for this area has been developed with traditional roads, trails and cultural sites guiding its shape. Management of the land was originally exercised by the original people of this ‘aina, and then the plantations.

Most recently, over the past two decades, Alex Bode managed and demonstrated through his land- and marine-based programs, the potential of the area for reconnecting people with the land and its ability to facilitate growth and healing in the areas of family strengthening, substance abuse prevention and recovery, education and farming for all ages, genders and ethnicities.

Much appreciation goes out to the global community, both near and far, for expressing overwhelming support for this purchase. I applaud my colleagues and the administration for having the foresight and political will to support this acquisition that will preserve this ‘aina, steeped in a long history of indigenous and plantation heritage, rich cultural landscapes and stunning view planes.

As Maui County’s limited cultural and natural resources continue to dwindle away in favor of development, the Open Space Fund arms the community with the power to ensure that these resources and special areas are kept free from privatization and held in trust for future generations to experience and enjoy.