When I became chair on Jan. 2, I pledged to lead the Maui County Council with fiscal responsibility and transparency. I am pleased that the majority of the council embodies these same goals with the passage of the fiscal year 2016 budget. We stand together for greater accountability in government. 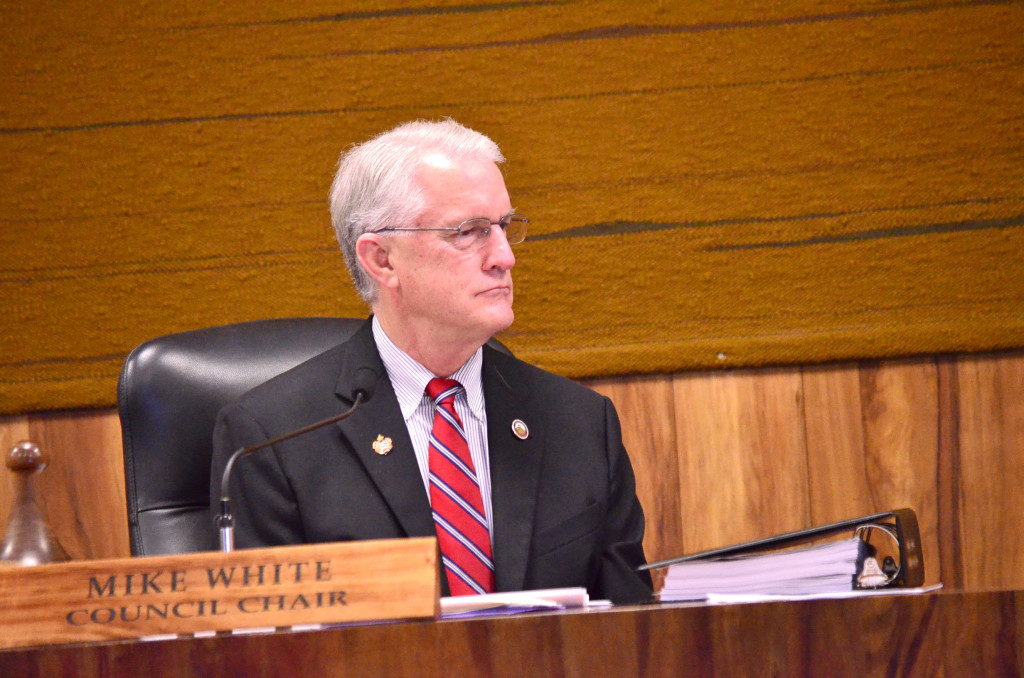 In past years, the county administration would tell the council during budget deliberations that an appropriation for a particular program was needed for a specific purpose, such as salaries, but some of the money would instead be used for equipment or service contracts.

Through the leadership of Budget and Finance Committee Chair Riki Hokama, the council voted to end that practice this year. When the administration tells council members and the public that taxpayer money will be used for equipment, for example, the council expects that promise to be fulfilled.

In the council-passed budget, “A” accounts are designated for salaries and premium pay, “B” accounts for operations and service contracts, and “C” accounts for equipment. The mayor includes A, B and C designations in his budget proposal.

But the council has previously declined to make the designations legally binding. As noted in Budget and Finance Committee Report 15-53, the council this year decided to establish new ground rules:

“Within a department, transfers between programs or categories may be made if authorized by resolution. Transfers from one department to another require authorization by ordinance.”

The council has established a streamlined review process in case any such transfers are needed during the upcoming fiscal year (which starts July 1). Proposals for fund transfers or budget amendments can be submitted directly to the Budget and Finance Committee, bypassing the usual process of having the council first receive the proposal and then refer it to committee.

This exhibits the council’s good faith in working with the administration to make the new framework successful. There is no intention to interfere with valid departmental operations.

Section 9-9 of the Maui County Charter allows for appropriations “to meet a public emergency threatening life, health, or property,” so an existing flexible funding mechanism exists for those dire circumstances.

It’s noteworthy that the premise of designating appropriations for certain categories, such as salaries or equipment, isn’t novel. Many municipalities, including the City and County of Honolulu, have long employed similar systems.

Alleged financial improprieties also raise serious issues for Maui County’s budget practices, as recently reported by The Maui News (“Arakawa mum on KHON’s report of alleged credit card misuse,” May 7). So, it’s especially appropriate now for the council, as the county’s policymaker, to ensure appropriate controls are in place.

The budgetary discipline and precision embodied in the council-passed budget should also help to ease the ongoing crisis and confusion in the operations of the Solid Waste Division, including constant threats of layoffs. With the administration no longer able to play a shell game with A, B and C accounts, the council and the public will be able to clearly see how much money is available for salaries and where there are shortfalls, if any.

It’s interesting to note Mayor Alan Arakawa – when he served as a council member – advocated for sound accounting principles and transparent budgeting. For example, he remarked on March 23, 2001, during the fiscal year 2002 budget session, that he wanted the administration to provide “a breakdown of each of these categories” and an explanation of “how money is being moved around.”

On April 20, 2002, in deliberations on the fiscal year 2003 budget, then-Council Member Arakawa stated: “It should be in the budget if we’re expending it.”

Indeed, the current council is trying to bring accuracy and honesty to county budgeting. Just in the last two years, the Arakawa administration has spent more than $2 million on unbudgeted equipment purchases.