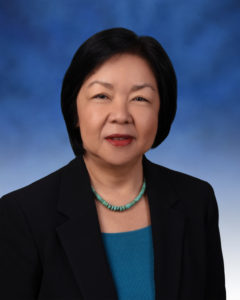 Introduced by King, the bill says “expanded visitor accommodation development and the related increase in tourism has negative impacts on the environment.” The bill also says that visitor accommodations must be limited for an interim period “to preserve the County’s environment, mitigate climate change and work toward resilience”.

The temporary pause on new visitor accommodations in areas such as Lahaina and Kihei is intended to allow the county time to implement critical long-range plans and provide policy direction for day-to-day decision making to mitigate climate change and work toward resilience, King said.

The moratorium follows the intentions of Resolution 21-18, also introduced by King, “Expressing Support for Sustainable Tourism, Emphasizing Quality Over Quantity,” which was adopted unanimously by council on Feb. 5.

“The time to act toward a new vision of managed tourism is now,” said King, who chairs the council’s Climate Action, Resilience and Environment Committee, which recommended passage of Bill 60. “While we support the Hawai‘i Tourism Authority’s commitment to ‘regenerative tourism,’ we also need to redefine what ‘responsible tourism’ looks like moving forward.”

According to recent news stories, Mayor Michael P. Victorino said “Maui is a community first and a vacation destination second,” affirming that he would like to see a pause in tourism, King noted. In a statement yesterday, HTA said, “While it’s not legal to put a cap or limit on the number of people who visit our state, limiting the lodging supply may be just as effective.”

Last year, HTA found that residents increasingly view the tourism industry as negatively impactful to themselves and their families. HTA’s Destination Management Action Plan for Maui, released in March, set a goal to “rebuild, redefine and reset the direction of tourism.”

The intent of Bill 60 is to encourage residents to participate in the process going forward to provide guidance to the local government and the visitor industry, King said.

She also said that, while the county doesn’t have the authority to stop airlines from bringing more visitors, it does have authority over building permits and accommodations development.

“Our hands are not tied, and the council is taking action where it can,” said King, who is in her third term holding the council’s South Maui residency seat.

“We encourage the administration to work together with the council on a pause of tourism expansion and to engage with the Council for better long-term planning.”

For more information, please contact the council staff at media@mauicounty.us or 808.270.7838 or visit MauiCounty.us.