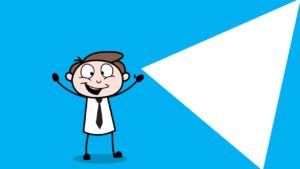 The Office of Council Services is committed to helping the Council satisfy the State Constitution’s directive on the use of plain language in governmental writing, including bills and resolutions.  Not only is plain language mandated, it promotes precision and clarity in legislation, enhancing the Council’s effectiveness.  Writing experts agree that plain language is powerful.

OCS will strive to assist the Council in phasing out or minimizing the use arcane or confusing terminology, often called legalese, in legislation.

As principles of legislative drafting continue to evolve and as we learn from experience, OCS anticipates the Council will periodically modify its practices.  For now, we will turn to the following documents, among others, for guidance:

Some of the plain-language principles included in these resources are recited below.

How to apply plain language

The goal is clear, concise and scannable

In addition, OCS recommends elimination of “including but not limited to” and similar variations in legislation.  This terminology is imprecise and confusing.  It is usually intended to convey non-exclusivity of listed items.  But there are better ways to convey that message or whatever the desired message may be.  Sometimes that will mean just using “including.”  Sometimes that will mean avoiding a list.  In other cases, it will mean taking additional time and effort to think about what we are trying to express.

Here is some guidance on why “including but not limited to” is, at best, superfluous:

Some courts have even held the phrase “including but not limited” means the subsequent list is exclusive:

OCS will also seek to phase out the use of “shall,” following the example of our counterparts at the Honolulu City Council and in an increasing number of legislative bodies.  The Obama Administration’s PlainLanguage.gov project, launched in response to the Plain Writing Act of 2010, provided the following advice:

Use “must” not “shall” to impose requirements. “Shall” is ambiguous, and rarely occurs in everyday conversation. The legal community is moving to a strong preference for “must” as the clearest way to express a requirement or obligation.

First, lawyers regularly misuse it to mean something other than “has a duty to.” It has become so corrupted by misuse that it has no firm meaning.

Second—and related to the first—it breeds litigation. There are 76 pages in “Words and Phrases” (a legal reference) that summarize hundreds of cases interpreting “shall.”

Third, nobody uses “shall” in common speech. It’s one more example of unnecessary lawyer talk. Nobody says, “You shall finish the project in a week.”

For all these reasons, “must” is a better choice, and the change has already started to take place. The new Federal Rules of Appellate Procedure, for instance, use “must,” not “shall.”

in the legislation of… Australia and at least three Canadian provinces (British Columbia, Alberta and Manitoba) that have amended their Interpretation Acts to say that “must” is to be interpreted as imperative.”

“Must” may be used to create requirements and prohibitions. However, prohibitions should be drafted in the form of “X must not”, rather than “no X must”.

Drafters should not use “must” and “shall” together in the same Act or regulation. It could raise questions about whether different meanings are intended.”

“Shall” isn’t plain English. . . But legal drafters use “shall” incessantly. They learn it by osmosis in law school, and the lesson is fortified in law practice.

Ask a drafter what “shall” means, and you’ll hear that it’s a mandatory word—opposed to the permissive “may”. Although this isn’t a lie, it’s a gross inaccuracy. . . Often, it’s true, “shall” is mandatory. . . Yet the word frequently bears other meanings—sometimes even masquerading as a synonym of “may”. . . In just about every jurisdiction, courts have held that “shall” can mean not just “must” and “may”, but also “will” and “is.” Increasingly, official drafting bodies are recognizing the problem. . . Many . . drafters have adopted the “shall-less” style. . . You should do the same.