It is appalling to know that during this legislative session, state lawmakers have supported a measure that would take away the counties’ share of the hotel tax revenue, also known as the transient accommodations tax, or TAT.

That flawed bill was House Bill 1586, which died after strong opposition from county officials. The measure was beyond disappointing and was an insult to our long-standing efforts to increase the TAT share.

What makes this more frustrating is that some Maui County representatives introduced and supported this unfair bill. Their actions sent us a compelling and clear message: We don’t care if your real property taxes are raised.

The counties’ TAT share continues to be in limbo, with proposals ranging from increasing the counties’ cap to $108 million, and even cutting the share to $93 million.

This rollercoaster ride is disappointing, and still a far cry from the $150 million the counties deserve. Remember, the TAT was established to offset the cost of core county services (police, fire, parks, etc.) provided to visitors, but the reality is that most of the rising costs now fall on the backs of residents.

With all these challenges, it may be time for voters to approve a Constitutional Convention. Hawaii has not held one since 1978. At the time, it recognized the need for the counties to have more home rule. Real property taxes were established to be exclusively for county government use and they remain the only mechanism where counties have the sole authority to generate revenue.

This authority is now being threatened. Senate Bill 683 proposes a constitutional amendment to allow the state to add a surcharge on county real property tax to help fund education programs. This is not to be confused with the surcharge on the state general excise tax that Honolulu receives for the rail project.

Although I support education, a decision was made decades ago by the late Gov. John Burns and the new Democratic Legislature to establish a statewide school and health care system, which differs from most of the nation, that would be funded through state tax collections. If lawmakers and the governor believe schools are underfunded, they should accept the responsibility and appropriately fund education without passing the buck and causing financial challenges for the counties.

Financial challenges include the looming collective bargaining negotiations for all county employees along with Senate Bill 936, which requires increased contributions to the State Employee Retirement System for every county employee. This increased cost will likely add up to $19 million per year for the foreseeable future.

As partners in governance, the state should be supporting the counties’ fiscal health. It should support measures that will increase county revenues because the success of county programs equals success for the state, and vice versa.

The state administration noted a significant surplus in prior years. What happened to that? Why does it continue to look at taking real property and transient accommodations tax revenues? Does this mean the Legislature is deficient at managing money?

These are questions that need answers. 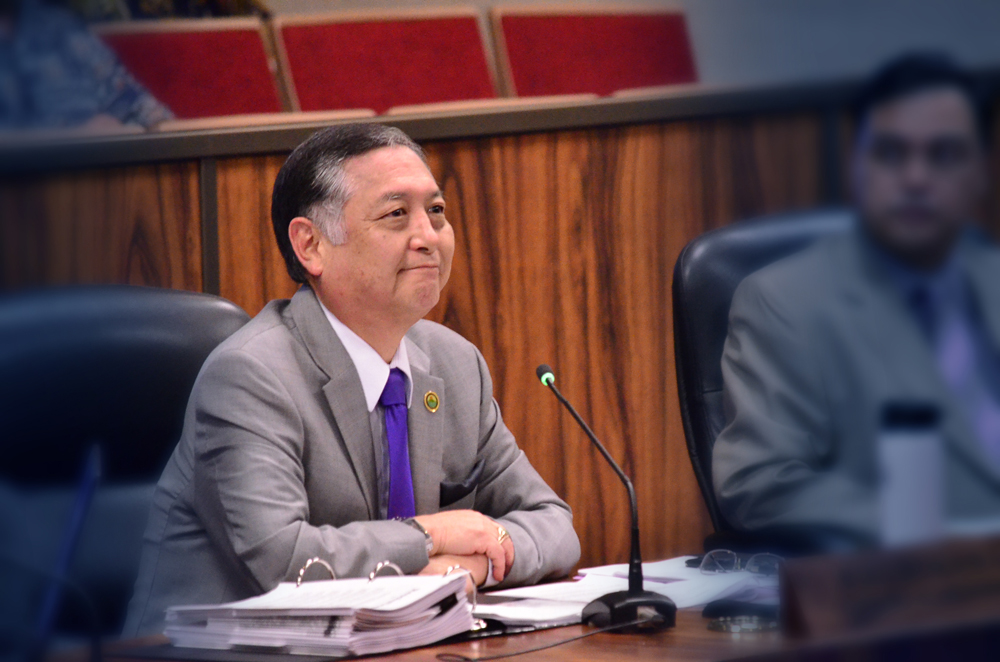 The Maui County Council’s Budget and Finance Committee, which I chair, will continue to deliberate on the mayor’s proposed $720 million budget with the unsettling thought of state mandates that are forced on the counties.

County councils have no control over these outcomes, yet we are tasked with finding solutions that won’t overburden residents. It’s frustrating to say the least.

I ask residents to support the counties’ ability to deliver core services and seriously consider a Constitutional Convention in the 2018 election. It is likely the only way to finally bring fair and equitable governance to the people.

* Riki Hokama is chairman of the County Council’s Budget and Finance Committee. He holds the council seat for the Lanai residency area. “Chair’s 3 Minutes” is a weekly column to explain the latest news on county legislative matters. Go to mauicounty.us for more information.