The June 28 Maui News editorial (“Is county’s structure right?”) has generated interest in considering whether the time has come for a county manager form of government. There are some provocative pros and cons to this question. 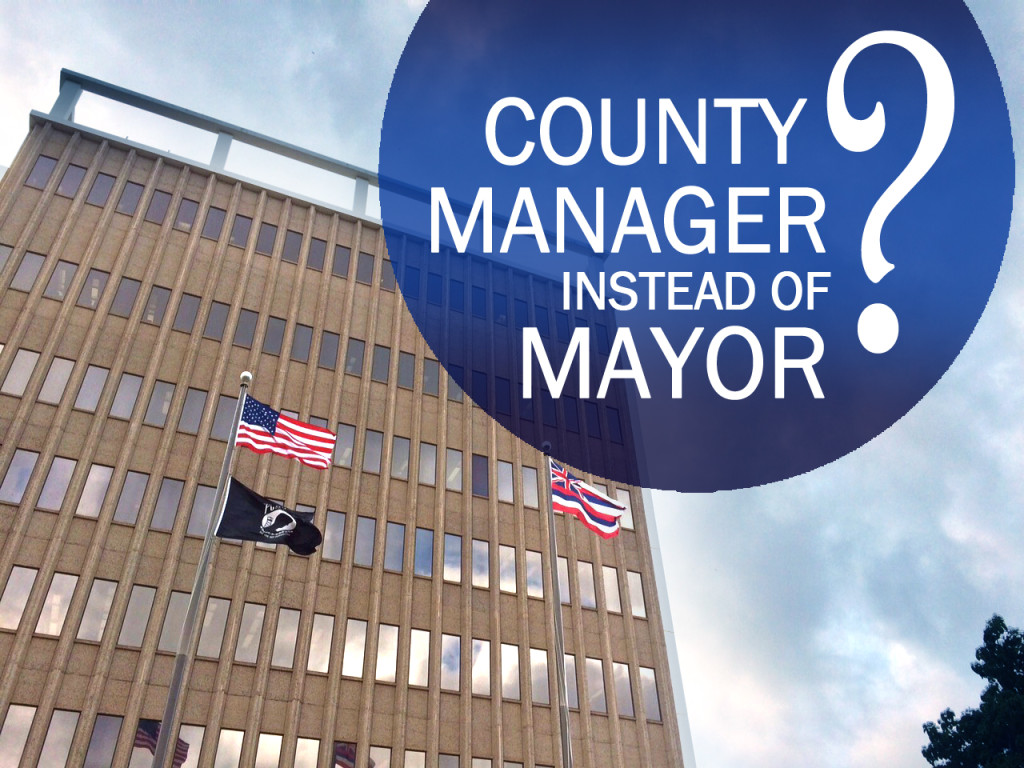 Until 1969, Maui County had an elected Board of Supervisors holding both legislative and executive authority. A new charter, approved by the electorate in 1968, established the current “strong mayor” system in which an elected mayor appoints department heads and executes ordinances and other policies. The population of Maui County was 45,000.

At the time, the Charter Commission asserted the sharing of power by an elected mayor and an elected council, in separate branches, would provide checks and balances in government.

Interestingly, Elmer Cravalho, who was Maui County’s first mayor (1969-1979), told the Charter Commission in 1975 he supported abolition of his office in favor of an appointed county manager.

If this new form of administration was adopted, Maui County could still have a mayor, albeit more ceremonial than administrative. The old argument that there is greater recognition for an elected mayor is no longer valid, especially since the vast majority of municipalities have moved to a county manager form of government.

Accountability to the electorate would be equal for all the council members, as it is now.

The most recent Charter Commission again considered proposing a county manager in 2011-2012. Testifiers cited competence and efficiency as basis for the proposal, with one member of the public stating: “The day-to-day operations of our government should be in the hands of a trained professional, not an elected official.”

Instead of recommending a ballot proposal, the Charter Commission decided not to put the proposal on the 2012 general election ballot. In its final report, the commission noted after its yearlong study of governance in Maui County, it made the following recommendation to the council and mayor:

“The Commission recommends that a task force be established to thoroughly review the structure of the County of Maui government, research other models of county governments and prepare a report.”

I welcome continued robust community discussion on this issue, as the council considers whether to move ahead with these structural considerations. Perhaps the time is right to consider the Charter Commission’s recommendation.