The agreements include increases in salaries, health-benefit premiums and stand-by pay, totaling an estimated $2.4 million for the current fiscal year.

The resolutions were recommended for adoption by the Budget and Finance Committee, chaired by Council Member Riki Hokama. But the committee report noted the panel’s “frustration with the current process of approving CBAs and related cost items” because the council “has no part in negotiating CBAs and determining whether they are sustainable for the County’s taxpayer base.” 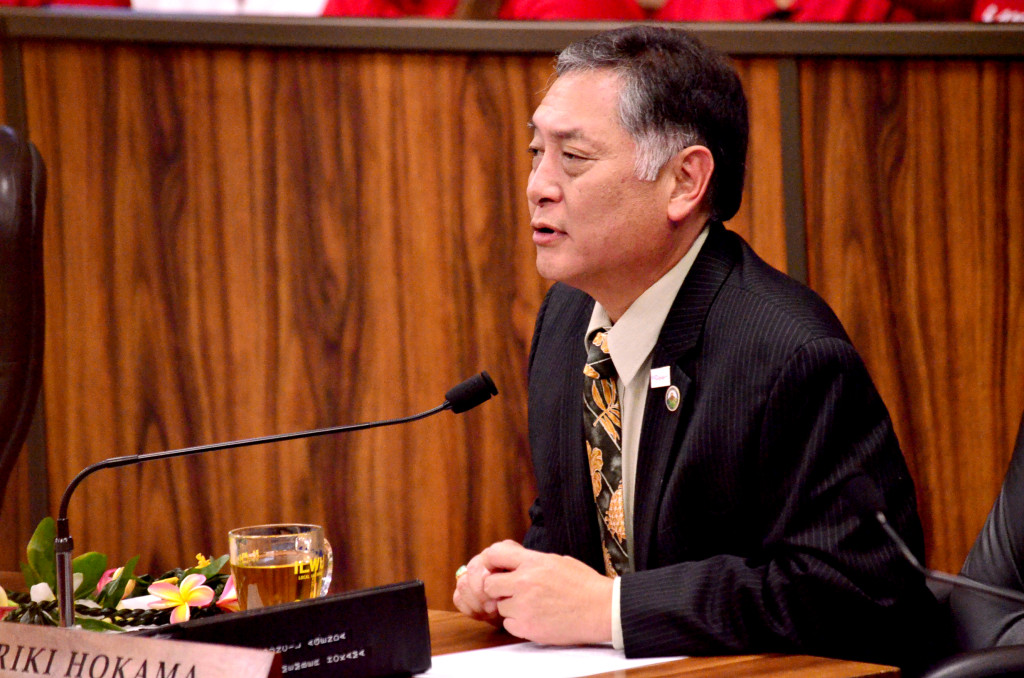 In addition, the report noted the state government has four votes in labor negotiations, while each of the four county governments only has one vote, with the County of Maui typically represented by the Department of Personnel Services. The council has authorized Corporation Counsel Pat Wong to retain an experienced outside negotiator to assist the county in future collective bargaining.

The council will continue to look for other means of ensuring county taxpayers – the ultimate employers of public workers – are adequately represented at the bargaining table.

Bills 45 and 46 (2015) were passed on second and final reading, providing the land use entitlements requested by developers of the Downtown Kihei project on both sides of Lipoa Street. Krausz Companies and its subsidiaries plan to develop a 27-acre project that will include business and medical offices, shops, a movie theater, restaurants and a 150-room, four-story hotel.

The development was recommended for approval by Council Member Bob Carroll’s Land Use Committee. Council Member Don Couch, who holds the South Maui residency area, said approval of the requested zoning changes and amendments to the Kihei-Makena Community Plan will facilitate creation of a “true downtown” for Kihei.

In Tuesday’s productive meeting, the council adopted 12 other resolutions, including six recommended by the Infrastructure and Environmental Management Committee, chaired by Council Member Elle Cochran. Resolutions 15-67 through 15-71 facilitated various infrastructure improvements by approving easements and accepting roadway lots, while Resolution 15-72 approved a water agreement for the Kehalani development in Central Maui that will result in the dedication of a much-needed new well to the County of Maui. 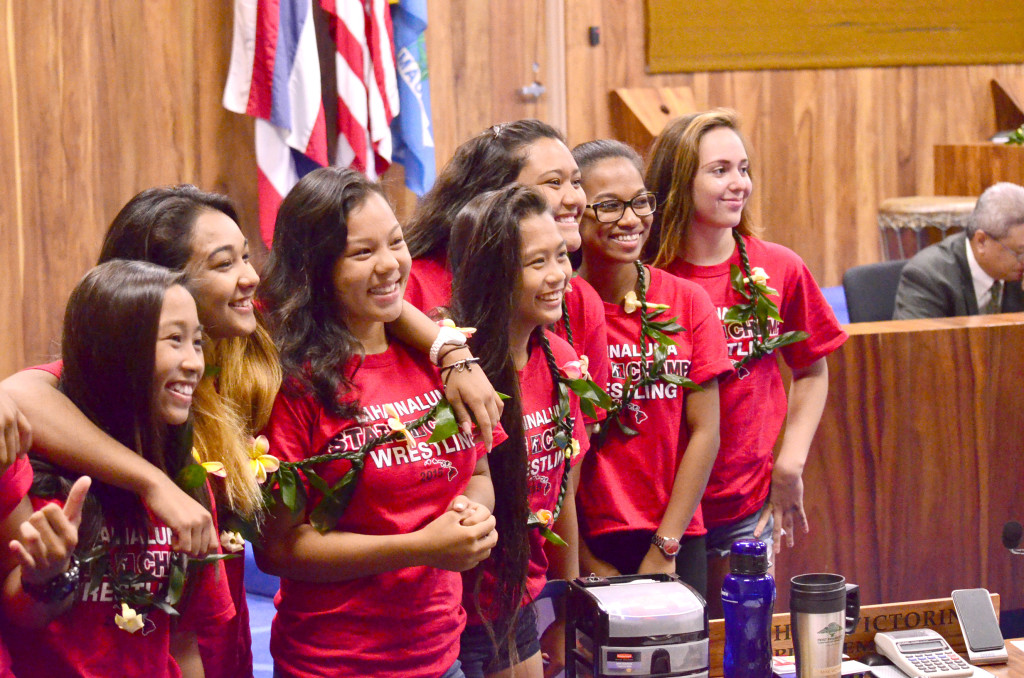 Council members praised the Lahainaluna athletes for bringing honor and pride to the county and asked them to remember the late U.S. Rep. Patsy Mink, born on Maui, and her signature Title IX legislation mandating gender equity in education. They noted the law, which was posthumously named after Congresswoman Mink, has created opportunities for student-athletes across the nation. 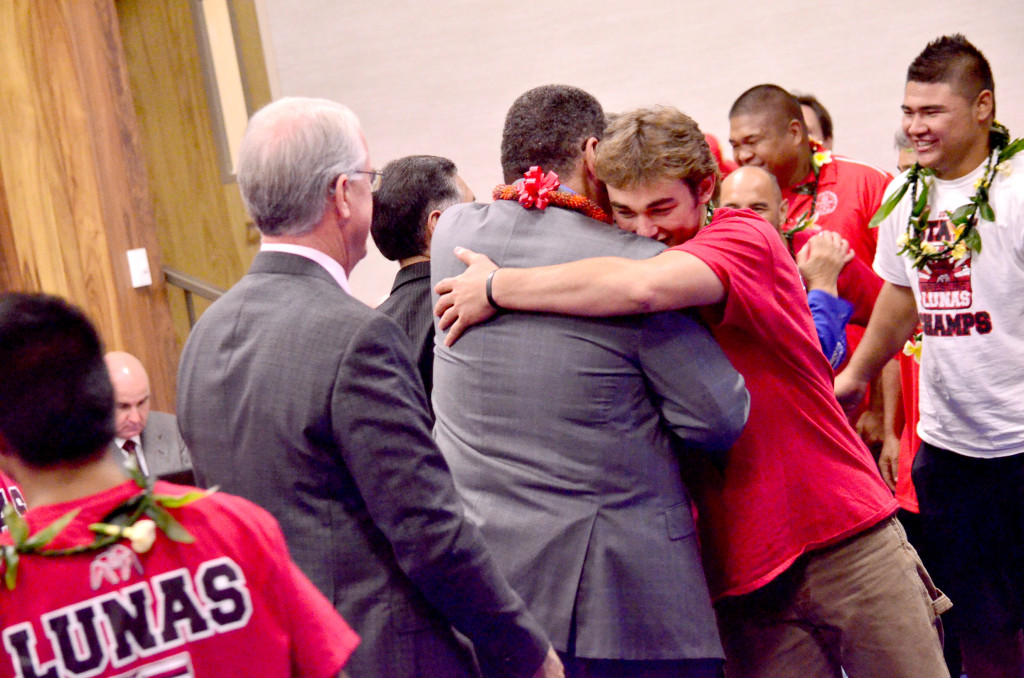 The next council meeting is July 24. Mahalo.