This August will mark 112 years since the founding and the passage of the first County of Maui ordinance. At that time, the formation of county government was considered a milestone after multiple failed attempts.

The territorial Legislature passed the County Act of 1901, but was vetoed by Gov. Sanford B. Dole. According to “Kalai’aina County of Maui” by Antonio Ramil, landowners were against the act as it would establish Maui as Lili’uokalani County with Lahaina as the seat of county government.

A revised act passed again in 1903, with the first elected county officials taking office on Jan. 4, 1904, but the officials served for only 12 days. The territorial Supreme Court declared the county act in violation of the United States’ Organic Act and all county elected officials were forced to vacate office.

Finally, in 1905, after further legislative amendments, counties throughout Hawaii became legal. County of Maui became the official name with Wailuku designated as the seat of county government. General supervision and control was vested in a five-member board of supervisors. 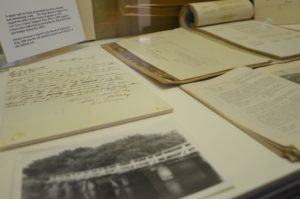 The county structure has evolved since then, now being led by a mayor-council form of government. Many other historic milestones also occurred over the past 112 years important to our local history. Without proper effort and care, much of it will be lost to time. Noteworthy photos and historical records kept in storage have already been lost due to flooding and mold.

In this spirit, I am grateful that County Clerk Danny Mateo has initiated a project to collect artifacts, photos and stories relating to our county and properly preserve them for future generations.

Notable items will be used to help refresh the display cases in the lobby of the Council Chambers, educating residents and visitors of the county’s history. It is my hope that stories and artifacts can be shared on a rotating basis to help memorialize the efforts of those who shaped our community.

Thousands of individuals, from elected officials to appointed directors and civil servants, have made many contributions to our county and it should be preserved and displayed.

I encourage community members, especially those with family members who may have had an association with the county, to look in drawers or old boxes for anything special.

If you know of anyone who might possess historical photographs or artifacts, please also consider sharing the details of this project and encourage them to do a search. Mateo can advise on how the items can best be preserved and shared. He can be contacted at Danny.Mateo@mauicounty.us or call 270-7825.

In just a short time since the start of this project, a number of artifacts and photos have been collected. Old handcuffs and police badges are on loan from the Police Department, equipment used to fight fires was collected from the Fire Department, and old print copies of annual reports have been found that tell the story of county department functions and accomplishments.

Throughout this process, the county clerk has learned that many small pieces of information can turn into stories that share insight into the lives of individuals. Even the smallest items can be a piece of a very large and important story notable to our county.

These snippets allow us a glimpse into a bygone era, but more importantly, they serve as lessons from those who came before us. Insights into our past teach and help us to never forget the sacrifices made before us to ensure a better life today. Our history, especially at the local level, helps us to make well-informed decisions for our future and it is well worth the effort to preserve.