Women’s March “firestarter” Teresa Shook to be honored by council

WAILUKU, Hawaii – Hana resident Teresa Shook, who inspired the Women’s March on Washington D.C. and 600 sister marches and rallies around the globe, will be recognized on Friday, Feb. 17 at 9 a.m. in the Council Chamber, Councilmember Kelly King announced today.

King said she introduced the ceremonial resolution to honor Shook after gaining worldwide recognition as “The Firestarter” for igniting the spark among millions to launch a peaceful demonstration to protect human rights. 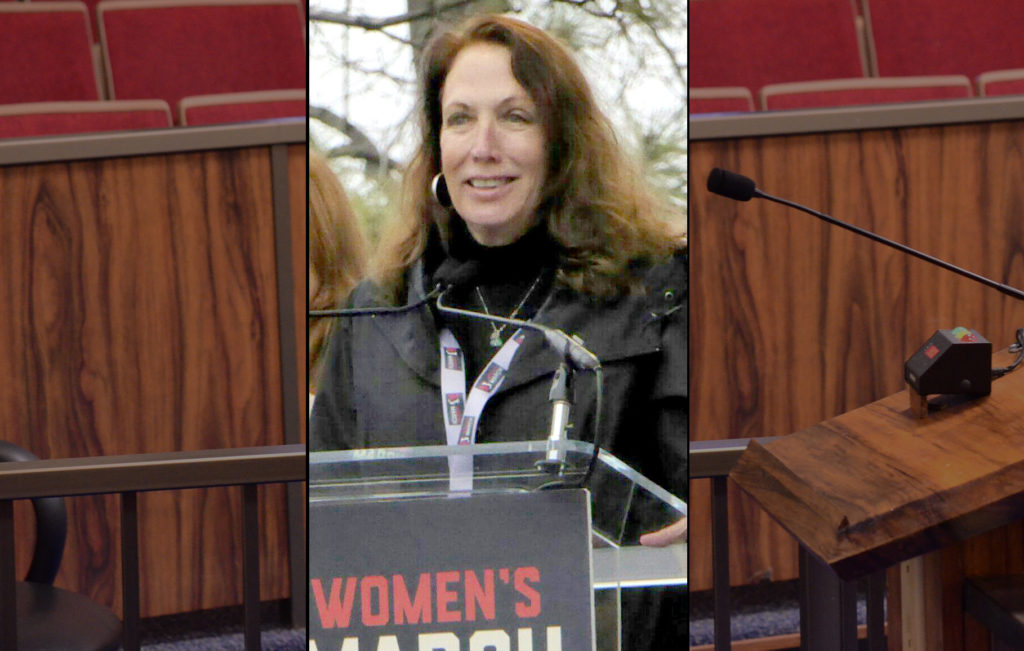 Shook is a retired attorney, grandmother and breast cancer survivor. She started the communication for the Women’s March via social media, which brought out millions of people to the streets, including about 5,000 Maui residents who marched along Kaahumanu Avenue in Kahului.

“What Teresa accomplished demonstrated how genuine passion to make a difference can have such a tremendous impact,” King said. “It didn’t matter she lived in a remote area such as Hana, she was able to touch the far ends of the earth and bring people together.

“Her determination has inspired many around the world and the Women’s March will have a lasting impression in history.”