The County Council’s Parks, Recreation, Energy, and Legal Affairs Committee, which I chair, recommended adoption of a three-year agreement between the county and the Rotary Club of Kihei-Wailea to stage rescue tube stations at county beach parks on Maui.

Rescue tubes are personal flotation devices that will be available to the public 24/7 to help stabilize swimmers in distress until safety personnel arrive. 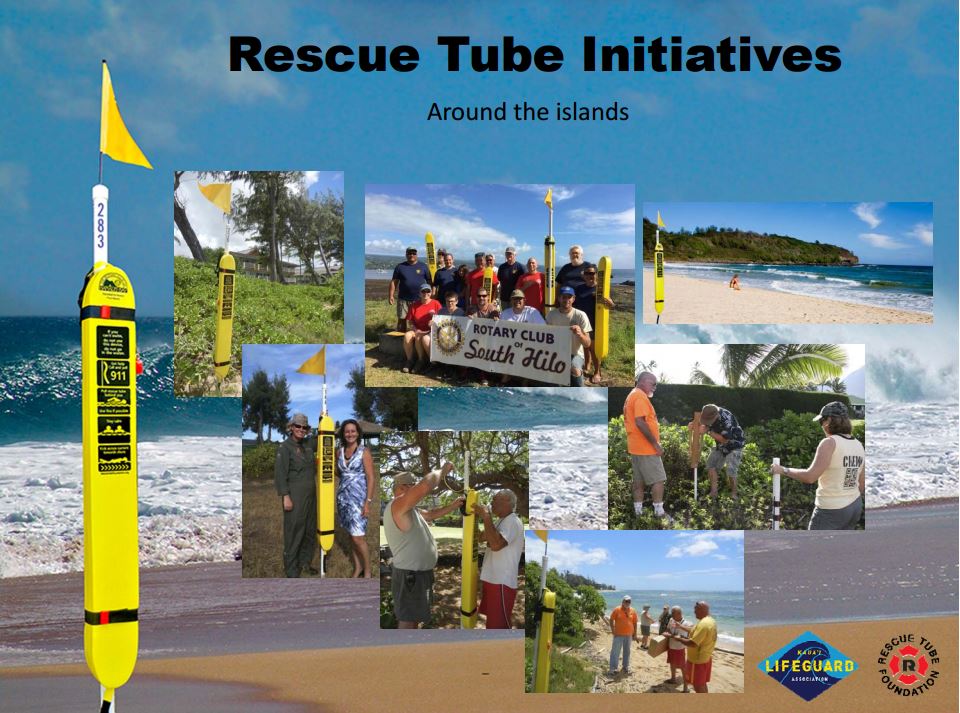 Drowning is the fifth leading cause of death in Hawaii, with 385 fatalities reported from 2010 to 2014, a large percentage of which are visitors.

Ocean Safety Battalion Chief Colin Yamamoto said the most common reason for drowning is exhaustion. He shared a testimonial from a Kauai victim who said, “Once I got a hold of that thing, I was able to calm down.”

Rescue tubes also prevent double drownings — an incident where both the victim and the rescuer drown. A single rescue tube can accommodate up to three people, aiding victims and rescuers alike.

At about $100 per rescue tube, the club raised all the funds needed to purchase the stations. The organization will assume responsibility for installations, monthly inspections, maintenance and replacement of rescue tubes as needed.

Committee members praised the club for taking the initiative for such a worthy endeavor. Having readily available and accessible rescue tubes that can be deployed by the general public to help distressed swimmers in emergency situations is a “must have” for our county’s heavily utilized beaches.

The club plans to conduct an educational campaign about the availability of rescue tubes at Maui’s beaches, their usage, and the importance of community involvement in making the rescue tube program a success.

I applaud the Rotary Club of Kihei-Wailea for its leadership, service to others, and standing out as a stellar example of community collaboration.

The council on Friday will consider adoption of the resolution that authorizes the agreement between the County of Maui and the Rotary Club of Kihei-Wailea.

In other news, the Department of Public Works director reported the county successfully acquired a recreational easement from the Maui Country Club to accommodate a portion of the final phase of the North Shore Greenway project. The project is a 7-mile, paved pedestrian and bikeway path that runs between Kanaha Beach Park in Kahului to Baldwin Beach Park in Paia.

The project dates back more than 20 years and is nearly complete. The North Shore Greenway project fulfills a Countywide Policy Plan objective to diversify our transportation options. Its completion is highly anticipated by the public to help promote a healthier lifestyle via pedestrian-oriented activities such as walking, jogging and biking. 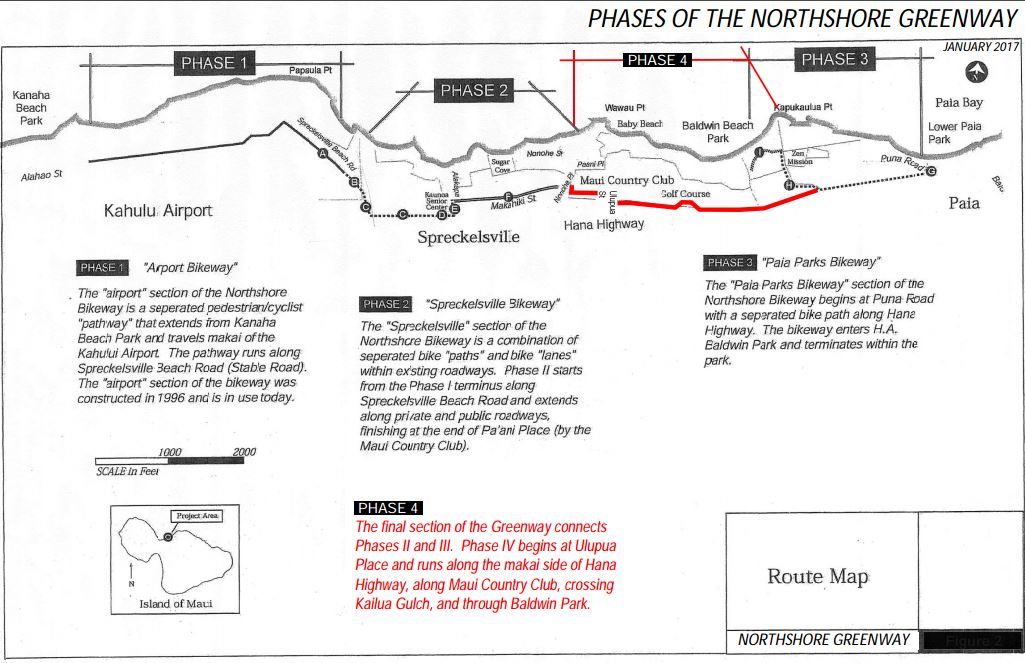 It is an honor to help facilitate this 20-year-old vision, driven by a dedicated team of community members and supported by committed officials from former and current councils and administrations.

For more details on rescue tubes, the North Shore Greenway project, including viewing past and future meetings visit mauicounty.us/agendas.

I look forward to seeing more of our beaches equipped with rescue tubes and riding my bike on the North Shore Greenway!

* Don Guzman is the chairman of the Maui County Council’s Parks, Recreation, Energy, and Legal Affairs Committee. He holds the council seat for the Kahului residency area. “Chair’s 3 Minutes” is a weekly column to explain the latest news on county legislative matters.