Dianne Shimizu of the Office of Council Services is ready for the next chapter after 39 years of public service.

The Maui County Council on Dec. 30 will lose decades of institutional knowledge when Dianne Shimizu, Supervising Legislative Analyst in the Office of Council Services, retires.

“I plan to catch up on things I’ve neglected for the past 39 years – like my husband,” Dianne said. “I’ll probably do volunteer work, get into an exercise program, spend time with my three grandchildren, do a little traveling or get a glamorous job.”

For Dianne, who’s never been fazed by any obstacle at the office, one wonders what a “glamorous” job would be. Her high standards in fashion could make any job glamorous.

She is a people person and can easily turn any frown upside down. She gives her undivided attention to anyone that comes to her door.

“I always thought teaching would be my career,” she said.

Dianne was a teacher and an administrator with the Department of Education before joining the Office of Council Services as a Legislative Analyst in 1981. Since then, the adrenaline rush of her career choice made her flourish.

“It’s never boring on the council,” she said. “I’ve staffed every committee, assisting the council with important issues – from land use, budget, housing – you name it.”

Dianne admitted helping the council with the many challenging issues facing the county can be demanding at times, but the problem solving environment of “new ideas” and “new personalities” has allowed her to thrive.

“Working for the council, I learned to be flexible and to be prepared for the unexpected,” she said. “It’s best to take a cautious approach and to consider the long-term implications of recommendations.”

Dianne oversees the Research Section, a team of “outstanding” individuals, she calls them. The section provides legislative, strategic and logistical support to council members.

“The job is to support the council to help them make the best decisions for the public good, even if those decisions are unpopular.”

“I’ve been fortunate to have maintained an outstanding research staff,” she said. “I enjoy working with my team to make them the best they can be.”

Throughout the years, Dianne has seen analysts move on to be leaders in county government, executives in the private sector and heads of their own companies.

“Former council members have called to express how they miss the convenience of having the caliber of our research staff at their fingertips,” she said.

Dianne was instrumental in creating effective and lasting policies in the office such as a high-standard review process for committee reports, and an efficient coding and organizing system for documents to easily find files.

As technologies change, so do the policies. Dianne may not be here to witness the video testimony in the Council Chamber, but she has seen how technology has evolved throughout the years.

“When I started at council services, we used typewriters,” Dianne said. “Our director then introduced us to the world of computers. We were the most progressive floor in the county building.

Dianne’s prediction on what the council will be like in 10 years?

Dianne reminisces about her years on the council.

“I’ve been especially fortunate to have worked with some of the most influential political figures in history – Toshi Ansai, Abe Aiona, Velma Santos, Bob Nakasone, Goro Hokama, Howard Kihune, Linda Lingle, Charmaine Tavares, Alan Arakawa, and Alice Lee – to name a few. “These members have been my mentors,” she said.

Dianne has a lot of experience working with political figures in her career but when asked if she ever thought of running for public office – “Never.”

“In fact, I admire the council for always being in the public eye with very little privacy.” Dianne said. “You sacrifice your life – to me, that is a true sign of a public servant.”

Dianne stressed a sense of humor is crucial in surviving in a political environment.

“Of course you have to work hard, be knowledgeable and fair, but you also need to laugh,” Dianne said. “Things may seem insurmountable today, but they work themselves out tomorrow.

“There was even a time when we had a coffin and a fake funeral to bury the council’s budget.”

Apparently, there was an incident in the past where three months’ worth of the council’s hard work in vetting the mayor’s proposed budget went for naught because of a legality issue.

“It seemed hilarious but we really took it to heart – it was a mistake we just couldn’t afford to happen again,” Dianne said.

“We even invited Mayor Hannibal Tavares to the budget funeral.” 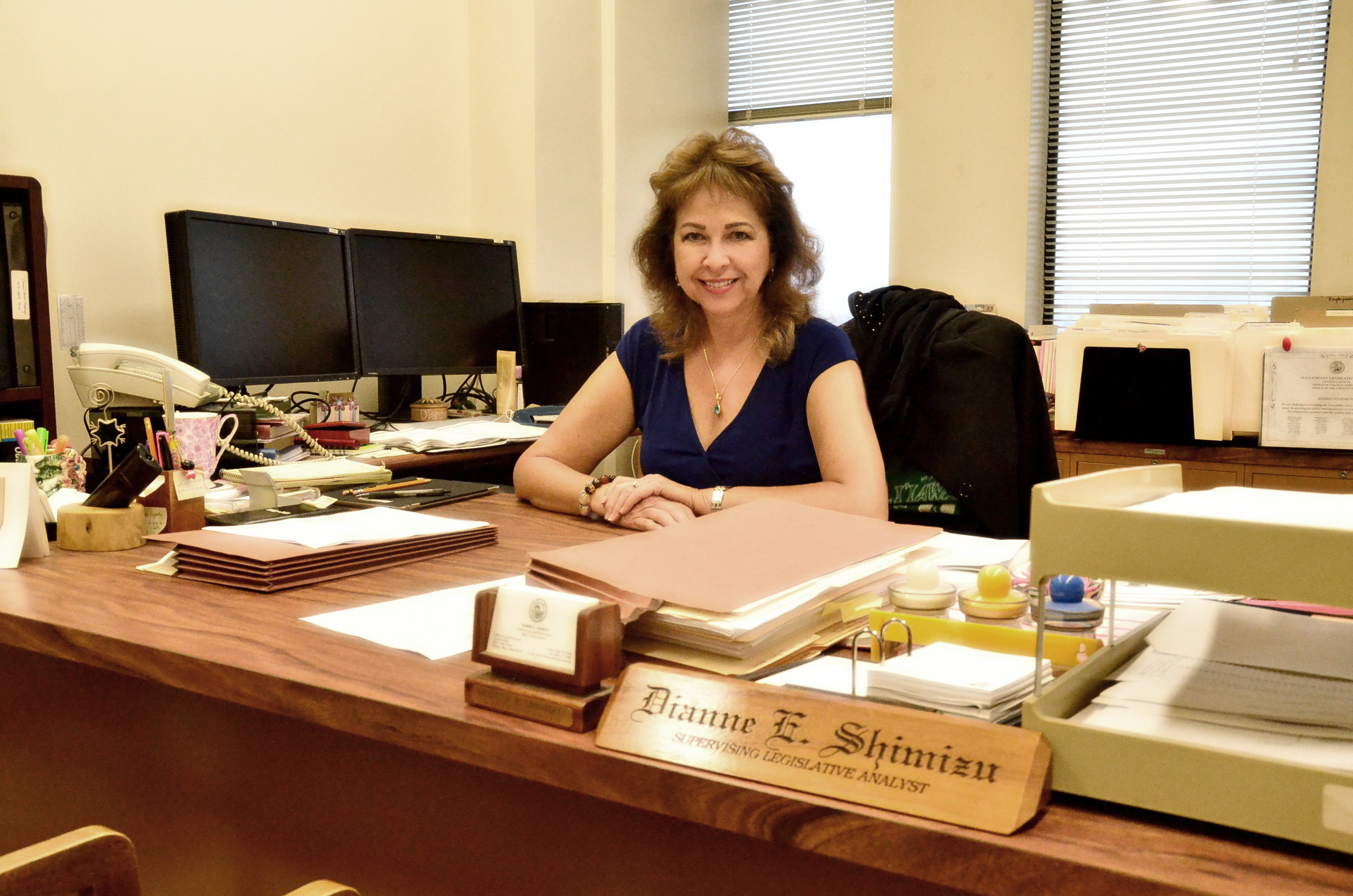 With all the council excitement and troubleshooting she will no longer have to manage, for Dianne, it’s the people she will miss the most.

“I’ve spent more time with my co-workers than my own family,” Dianne said. “I will miss them the most, and the sense of accomplishment after working long hours as a team to complete a task on time.”

Dianne said her family tells her it’s about time she does something new and different with her life. But she’s concerned she may not find anything else that’s as exciting as the council.

It must be very hard for her to break up with this career.