WAILUKU, Hawaii – After weeks of committee meetings throughout the county to review the proposed fiscal year 2017 budget, Councilmember Riki Hokama presented a version of the budget that would cut real property tax rates and invest in Maui County’s infrastructure, he announced this morning.

In opening remarks to the Council’s Budget and Finance Committee, which he chairs, Hokama noted a need to again bring “common sense and fiscal discipline” back into the budget process. Hokama’s draft of the budget will be the basis for the committee’s decision making throughout the week. 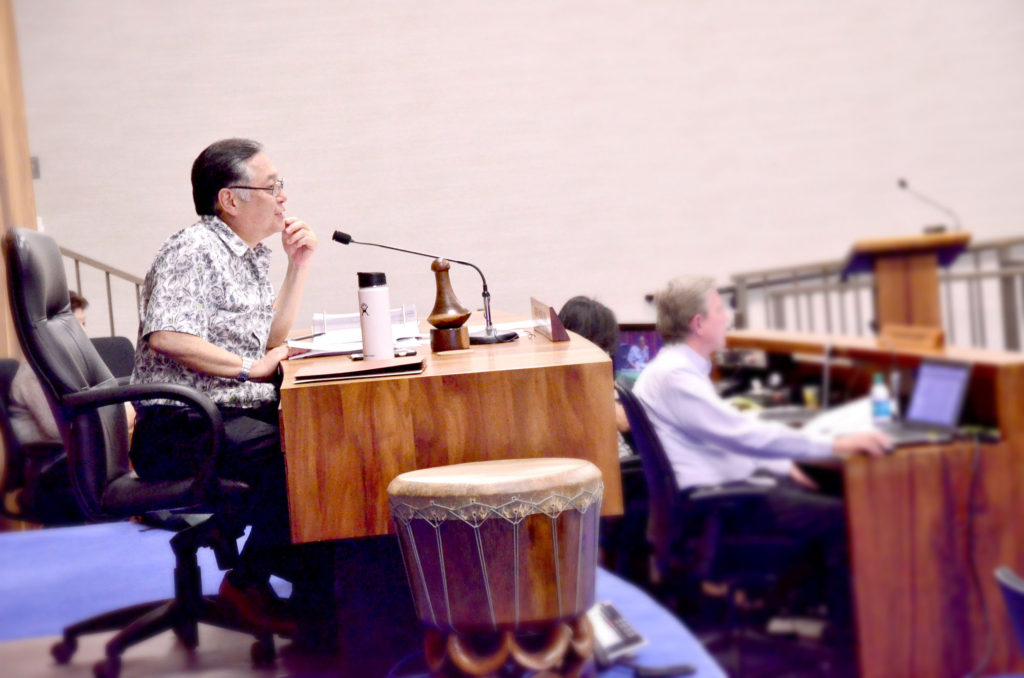 Hokama’s proposal would decrease real property tax rates for most classifications to lessen the impact of higher valuations. In addition, Hokama’s proposal provides funding for roads, bridges, erosion mitigation, sewers, water and solid waste, while also holding the line on the growth of county government.

“This will be a year of reinvestment in our county infrastructure,” he added. “This year we must again bring common sense and fiscal discipline back into the budget process. This means balancing the many funding requests with our community’s ability to pay.”

Hokama’s proposal would maintain the five-cent increase in the gasoline tax proposed by the Mayor, with modest increases to the proposed tax for alternative fuels. Fuel tax revenues deposited into the highway fund directly benefit drivers using the county’s roads.

In addition to supporting investment in physical infrastructure, Hokama emphasized the need to promote the visitor industry because of the important role it plays in the county’s economy and the additional services it helps provide.

In his remarks, Hokama called upon the newly appointed Maui Metropolitan Planning Organization to enhance coordination of transportation projects and capitalize on federal funds.

He also reduced expansion positions in an effort to slow the escalation of county employment costs.

“This budget session was prefaced by news of the phased shutdown of HC&S operations this year, the closure of Makena Beach and Golf Resort on July 1 and changes in employment opportunities on Lanai,” said Hokama. “Against this backdrop, I cannot justify the steady, steep climb in compensation and fringe benefits for government employees proposed by the Mayor. Each year the council is left to reduce expansion positions he proposes. Nonetheless, salaries and fringe benefits are projected for fiscal year 2017 to be $64.9 million over fiscal year 2013.”

Hokama highlighted the following from his proposal: 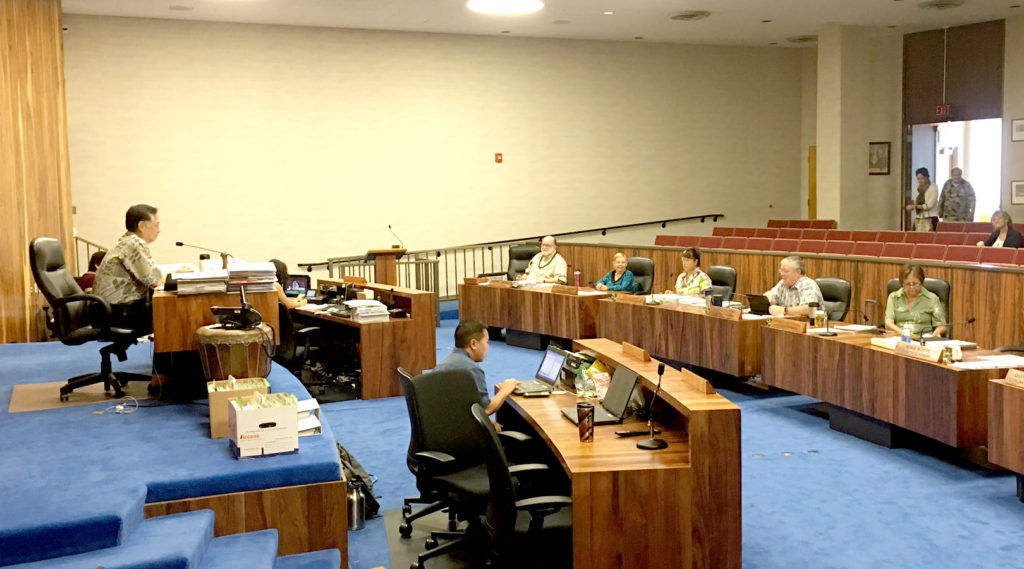 The county fiscal year begins on July 1. The council must pass the budget by June 10. Hokama said he expects the committee to be in session for the rest of the week. First reading on the budget is anticipated for May 20, with second reading on June 3.