During the last week of February, I attended the National Association of Counties Legislative Conference in Washington, D.C., along with many other county officials from across the nation.

Council members from each of Hawaii’s counties had the opportunity to meet with U.S. Sens. Brian Schatz and Mazie Hirono and Reps. Tulsi Gabbard and Mark Takai to discuss issues facing our communities and how they may be able to assist at the federal level. 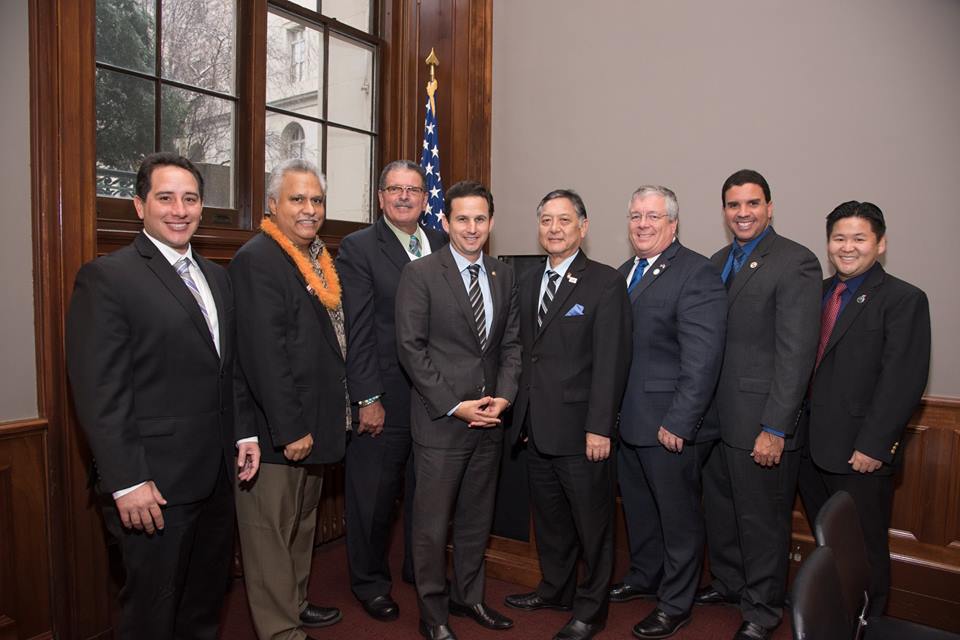 Photo from the Office of Senator Brian Schatz 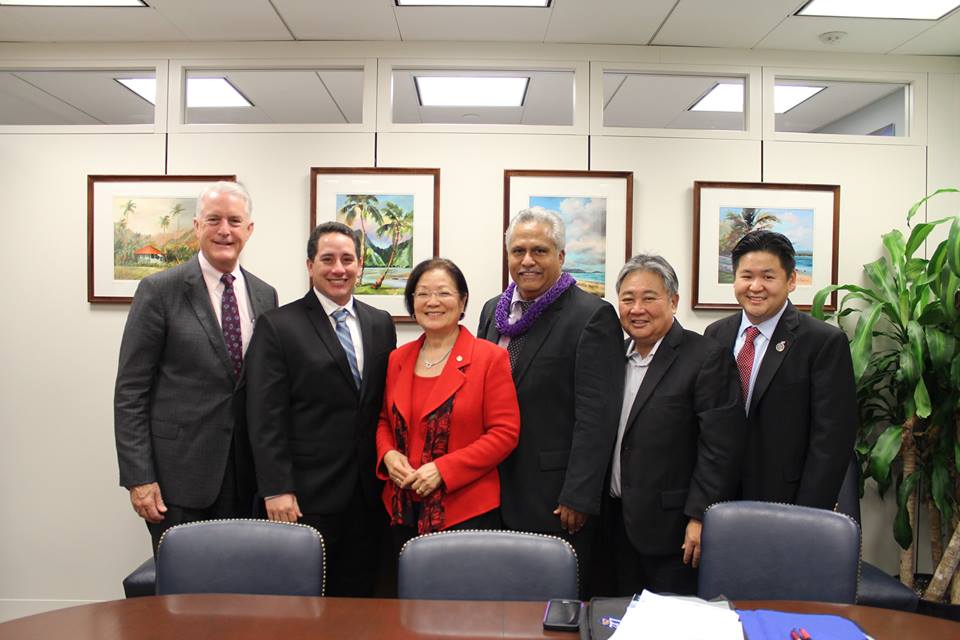 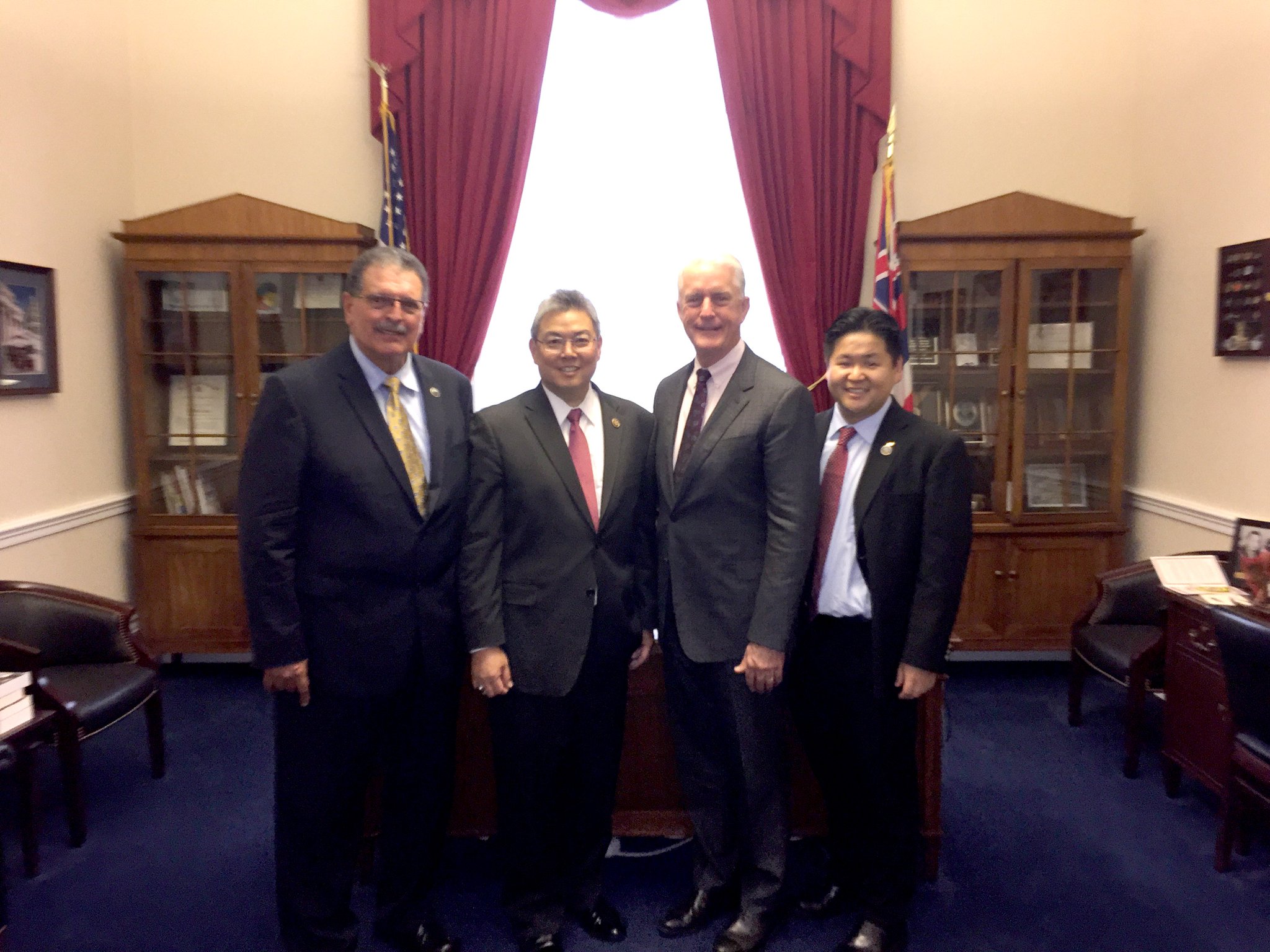 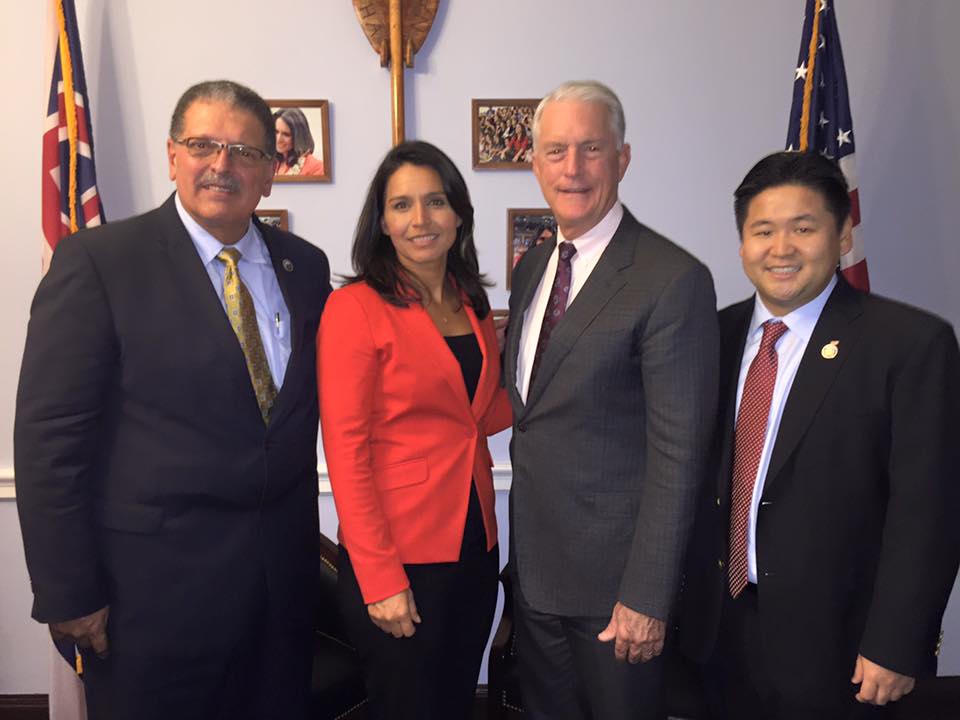 Hawaiian Commercial & Sugar Co. remains top of mind for each of us on Maui, and the congressional delegation is committed to identifying federal funding for employees, including trade adjustment assistance. Future use of sugar lands was also a discussion point, and an area where federal funding may be available is through the cultivation of biofuels. But all agree, whatever is done, it must be both sustainable and realistic.

Expanding pre-clearance was also brought up, as it allows for direct travel from a foreign destination to the Neighbor Islands without having to stop in Honolulu. The U.S. Department of Homeland Security announced in May that it would open pre-clearance operations in Narita International Airport in Tokyo. Pre-clearance is an important tool to expand not only Maui’s visitor base, but to also bolster visitor counts for all other Neighbor Islands.

Maui welcomes many Canadian visitors because of pre-clearance in Vancouver, British Columbia, allowing for a number of direct flights. Oftentimes, foreign visitors decline to take an extra interisland flight after being released from customs in Honolulu because of the hassle and possible confusion. I am optimistic this is a program our congressional delegation will work to expand.

Meanwhile, the next council meeting is Friday in the Council Chambers. The council will review mayoral and council member nominations to boards and commissions recommended for approval by the Policy and Intergovernmental Affairs Committee.

The council will also consider providing agricultural water rates to the University of Hawaii’s College of Tropical Agriculture and Human Resources by passing Bill 28 (2016) on second and final reading. The measure would potentially reduce CTAHR’s water bill by $8,000, in recognition that CTAHR’s work on Maui is for agricultural research, not for income.

Also up for second reading is Bill 25 (2016), appropriating $3,000 to the Maui Police Department for programs helping at-risk youth. The money, provided by an HC&S grant, may be used to create a nonprofit agency, though the council has urged the department to consider partnering with an existing organization.

Council members are gearing up for the fiscal year 2017 budget session.

The mayor will submit his budget proposal on March 24, with review by the Budget and Finance Committee starting the following week. The committee will meet Tuesday at 9 a.m. to review the council-initiated audit of the county’s solid waste operations and to consider approving the county’s $1.7 million Community Development Block Grant application.

The new fiscal year starts on July 1. The county’s ability to continue to fund many public services will be dependent on the state Legislature’s willingness during the current legislative session to return a greater share of transient accommodations tax revenue to the counties.