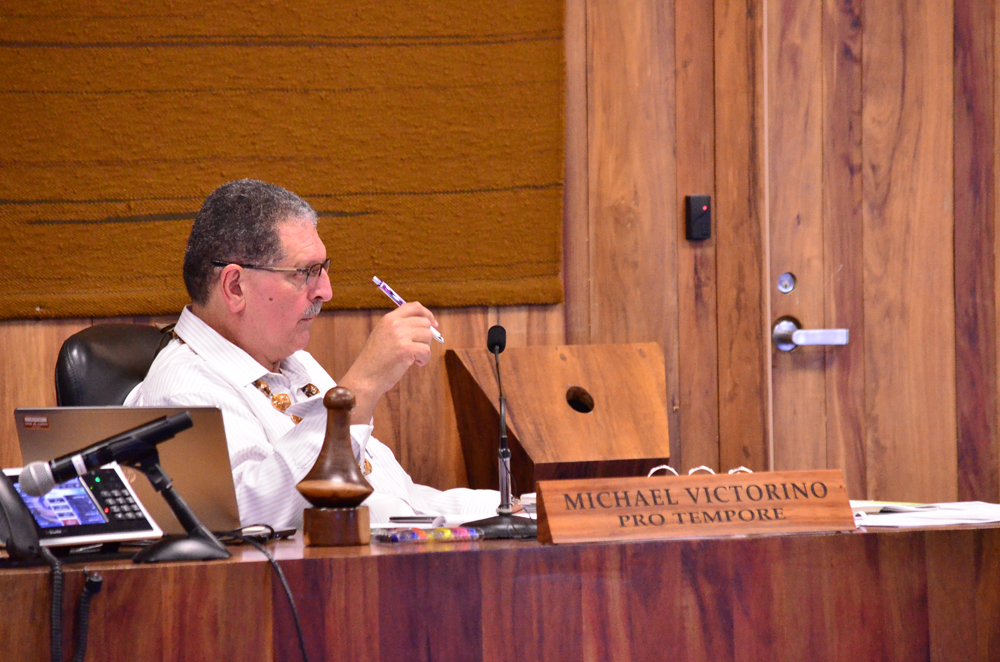 The county manager form of government charter amendment question will not be included on November’s general election ballot.

The vote comes after a recessed full day committee discussion on Monday, where members of the public came to testify. The committee considered a recommendation from the Special Committee on County Governance, endorsing a county manager form of government where a managing director shall be appointed by the council to function as the county’s chief operating officer, with an elected ceremonial mayor.

“Timing wasn’t on our side for this proposal,” Victorino said. “There were a lot of legal and administrative questions raised, but we did our best to try and address all within a very limited time-frame.

“Nevertheless, I want to thank my committee and all who came out to testify on this important issue, especially the members of the special committee, chaired by Tony Takitani.”

A copy of the full recommendation (Committee Report 16-95) is available at MauiCounty.us/governance.

Victorino said members of the Policy and Intergovernmental Affairs Committee expressed discomfort in rushing out a proposal that has not been fully vetted that could expose the county to potential operational conflicts and legal issues.

Victorino said the proposal is not “dead,” but instead was deferred, which means the council may consider the item further if it gets referred to the next term.

The committee will reconvene on Tuesday, July 5 at 9 a.m. in the Council Chamber to consider other proposed charter amendments. Oral testimony is closed, but written testimony may be emailed to pia.committee@mauicounty.us.