The 2016 Maui County Legislative Package, composed of four state bills, will be formally presented to Speaker of the House Joe Souki of Maui and Senate President Ron Kouchi of Kauai next month.

The Maui County Council is urging the Legislature to allow Hawaii residents the option to indicate disabilities on official identification cards, such as driver’s licenses.

An identification card clearly indicating a person’s disability would allow the person better access to certain eligible public services, such as special transportation and seating for persons with disabilities at public events. This would also allow the person with disability to nonverbally communicate any special needs to police and other public-safety personnel.

As some council members have pointed out, not all disabilities are readily apparent. Particularly during emergencies, some people with disabilities may not be able to adequately communicate their needs.

Documentation will be required to verify disabilities.

The option of listing disabilities on identification cards is available in other states. The council believes it’s time for Hawaii residents to have the same option and has therefore included this proposal in the 2016 Maui County Legislative Package. 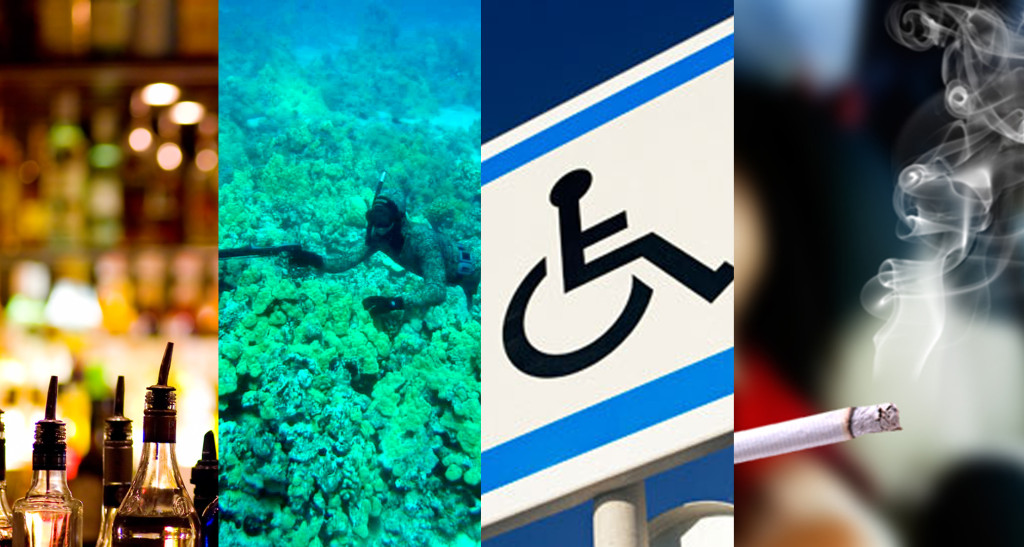 The county package also includes a proposal to ban smoking in cars and trucks occupied by children. The council finds that state law doesn’t currently protect minors from the dangers of secondhand smoke in motor vehicles. Secondhand smoke in the confined space of an automobile is hazardous, and kids deserve protection.

A proposal to prohibit the sale of marine life secured by a spear is also part of the county package.

Despite these efforts to sustain marine life, declines in various ocean species throughout Hawaii are resulting from the excessive taking of fish and other aquatic life, in large measure through commercial spearfishing. The council finds that these declines can be reversed by better statewide ocean stewardship.

County taxpayers bear a heavy burden from alcohol abuse, including through increased expense for law enforcement and social services. The human costs, of course, are immeasurable.

The proposed state bill endorsed by the council says that at least 10 percent of liquor license fees shall be used for “liquor-related treatment, prevention, educational or enforcement programs.”

In addition, all of the counties are seeking a more equitable distribution of transient accommodations tax revenue, as discussed in this space last week.