I had the honor of convening 51 meetings while chairing the Maui County Council during the two-year term that ends on Friday.

I was proud to work with my colleagues to shepherd 164 ordinances and 283 resolutions to enactment during the 2013-2015 term. The task was made much easier by the hard work of the council’s standing committees.

By the time most legislative proposals reached the council for ultimate action, they had been thoroughly vetted in committee, with the assistance of administration officials and, most important, public testimony. Council records show 2,880 oral testimonies were provided by the public to the council’s committees over the last two years, along with countless Facebook comments, tweets and written testimonies.

During this term, the committees conducted 318 meetings and were in session for more than 970 hours. This resulted in the publication of 17,535 pages of meeting minutes, which can be reviewed at MauiCounty.us.

A highlight of serving as council chair has been overseeing the presentation of congratulatory resolutions to honor the outstanding achievements of members of the Maui County ohana. I’d like to remind readers of some of the honorees. 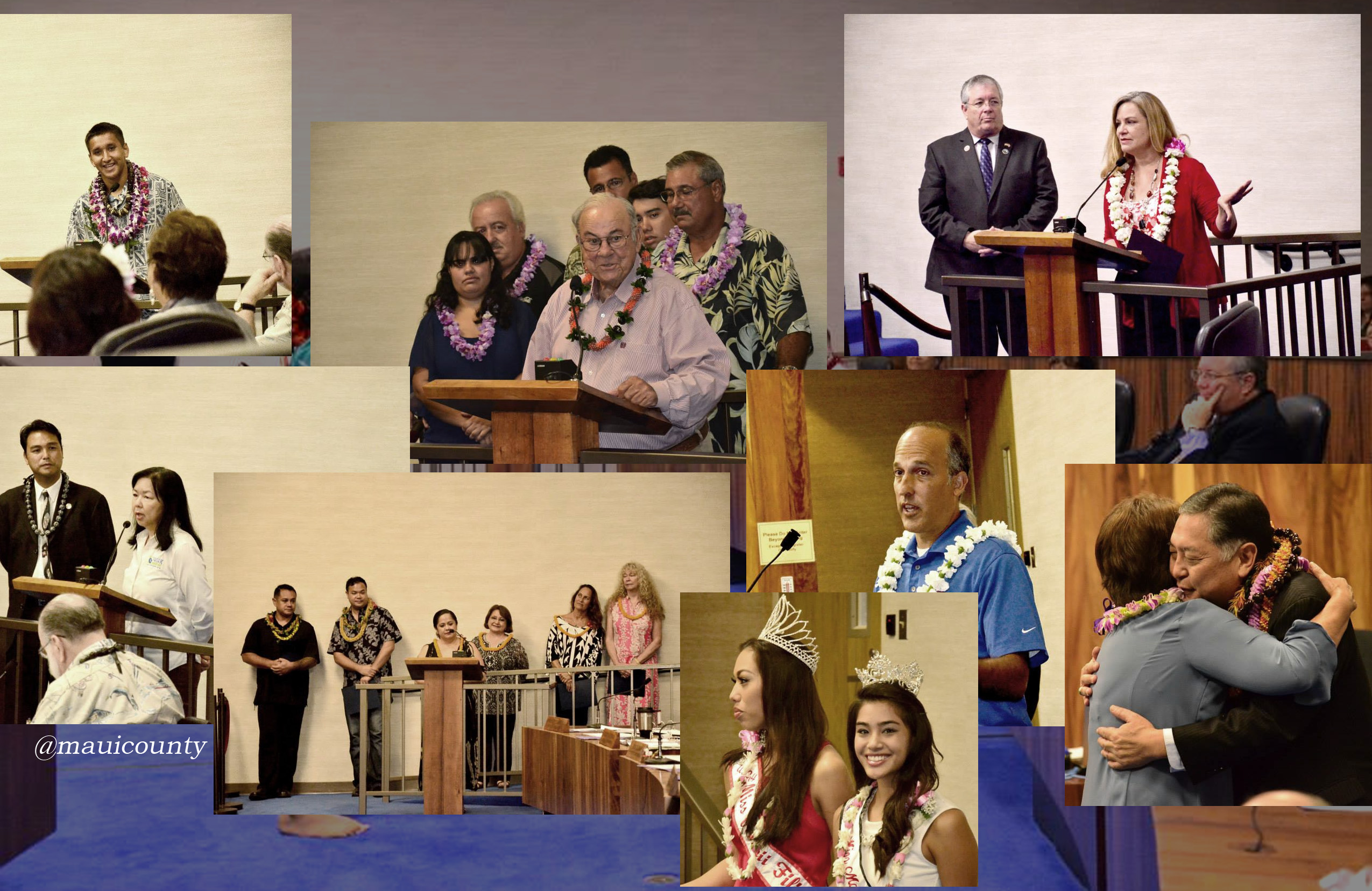 Seabury Hall student-athletes were honored for winning multiple state high school championships, including in 2013 for girls paddling, in 2014 for boys and girls cross country and in 2014 for girls track and field.

The Maui High marching band was recognized for winning its division at the state bandfest. The band will represent Maui County in the Rose Parade on Thursday morning.

The Nobriga family of Maui Soda & Ice Works was recognized by the council for winning the Small Business Administration’s Family-owned Business of the Year award. Several family members came to the Council Chambers to accept the resolution, including patriarch Manuel Nobriga.

Mason Aquino was named the 2014 Boys and Girls Clubs Youth of the Year for Hawaii. He also came to the Council Chambers to accept his resolution, and he generously shared his inspiring story with us.

The Hawaiian Canoe Club was recognized both this year and last for winning state championships.

Isao Nakagawa was acknowledged for receiving the Harvard Kennedy School’s Innovations in American Government Award based on his innovative role in the Maui Nui Seabird Colony Champions program.

The council presented a resolution to the haumana of Halau Kekuaokala’au’ala’iliahi for capturing top honors at the Queen Lili’uokalani Keiki Hula Competition.

It’s always a wonderful moment when resolution recipients speak to the council after receiving their resolutions. Without fail, they express gratitude for the support provided by family, friends, teachers, coaches and others in the community who help them achieve greatness.

I look forward to the council recognizing more outstanding achievements by Lanai, Maui and Molokai residents in the 2015-2017 term. If you have suggestions for honorees, please let me know.